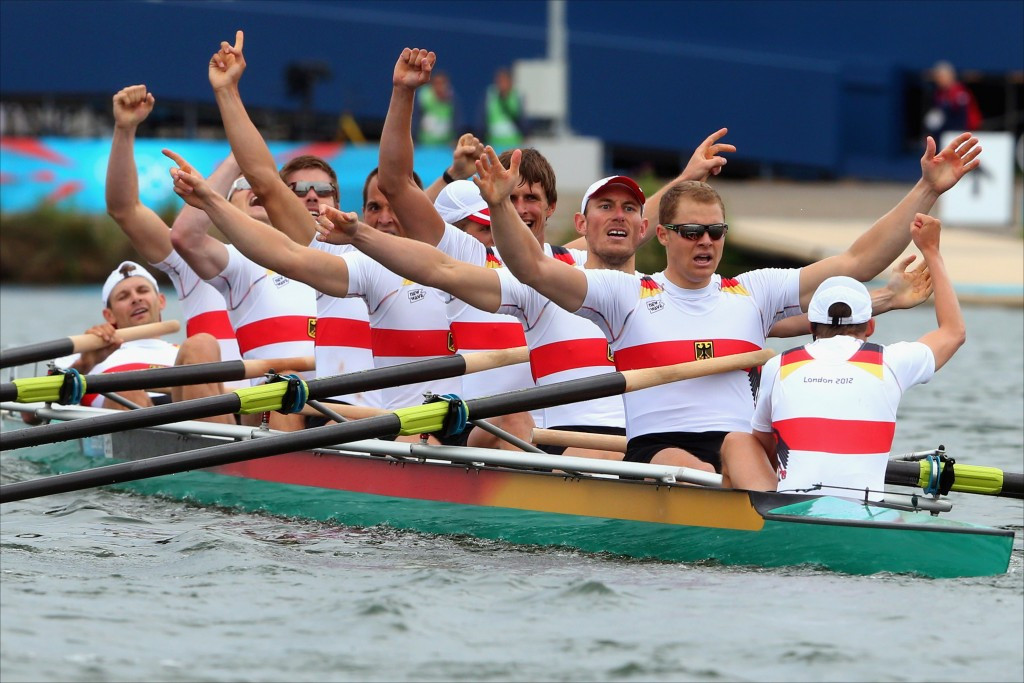 Ten medals, six of them gold, left Britain well clear at the top of the medal table after their 2015 international debut at the European Rowing Championships in Poznan - but the gold medal most eagerly sought, by their flagship boat in the men’s eight, was claimed by a resurgent German crew.

Having started calamitously in the heats on Lake Malta, the British eight - stuffed with Olympic and world champions, although lacking the massive talent of stroke Constantine Louloudis, who is sitting Classics exams at Oxford University - won the repechage and produced another improvement in today’s final.

But a killing surge in the third 500m by the Olympic champions effectively decided the result, and in the end Britain did well to hold off Russia for the silver medal.

For the Germans, beaten by Britain at the last two world championships, this was a massively significant performance which also yielded a European Best Time of 5min 24.23sec. Britain clocked 5:26.29, with the Russian crew - coached by the inspirational Mike Spracklen - taking bronze in 5:27.34.

Germany were second overall with six medals, including three golds.

Their other winners were in the women’s quadruple sculls and the men’s double sculls, where the new combination of former world single sculls champion Marcel Hacker and the man who beat him at the national trials, Stephan Krueger, continued to thrive.

France were third with six medals, of which two - in the lightweight men’s single and double sculls, where Jeremie Azou and Stany Delayre set a European Best Time  - were gold.

“It was a very close race until 1000m and then we could quite quickly move away,” said Germany’s Martin Sauer of their win in the eight.

“We’ve been in this combination for a very short time and it was the first race.

"We look forward to the season.”

Britain’s Pete Reed, a double Olympic champion in the four, told the BBC: “It was another step on today, but we are definitely not the finished article.

"You will definitely see more from this British eight I am sure.”

There was a reality check too for Britain’s 39-year-old Katherine Grainger, racing for the first time since winning gold at the London 2012, as she and her new partner in the double sculls, Vicky Thornley, had to accept third place behind Lithuania’s 2013 world champions Donata Vistartaite and Milda Valciukaite and the Polish pairing of Magdalena Fularczyk and Natalia Madaj, who successfully defended their title.

Asked to sum the performance up in one word afterwards, Grainger thought for a while before suggesting: “Improving”.

No such qualifications were required for three other London 2012 champions in the 52-strong British team, however, as Helen Glover and Heather Stanning, winners of the Olympic pair, won as they pleased, taking five seconds off the European Best Time as they finished in 6:58.28.

There was a similar flourish in the women’s lightweight double sculls where London 2012 gold medallist Katherine Copeland, with new partner Charlotte Taylor, finished almost five seconds clear of the chasing pack having dominated throughout.

The other British victories came in the men’s four, the men’s open and lightweight pairs, and from Imogen Walsh in the lightweight women’s single scull.

Damir Martin of Croatia produced one of the stand-out performances of the Championships as he took six seconds off the European Best Time he had set in the previous day’s semi-finals of the men’s single sculls, finishing in 6:41.65.

Britain’s 22-year-old Angus Groom, in for the injured London 2012 bronze medallist Alan Campbell, took a significant step up in finishing just off the podium positions.

The women's single sculls title was successfully defended by 2012 Olympic Champion Mirka Knapkova of the Czech Republic. Knapkova came through from the back of the field to finish ahead of Switzerland in second and Belarus in third.

Fourth on the medals table, Russia, took an impressive gold medal in the women's eight when they broke an eight-year winning streak by Romania. Romania had to settle for third behind the Netherlands.

The European Rowing Championships, first staged in 1893, is in its ninth year since its re-launch in 2007 – on the same waters of Lake Malta.

This is the third year it has been raced at the early season time slot of May and this has seen a steady growth in standards and participation. A total of 36 European nations took part this year.

In 2016 the European Rowing Championships will take place in Brandenburg, Germany.