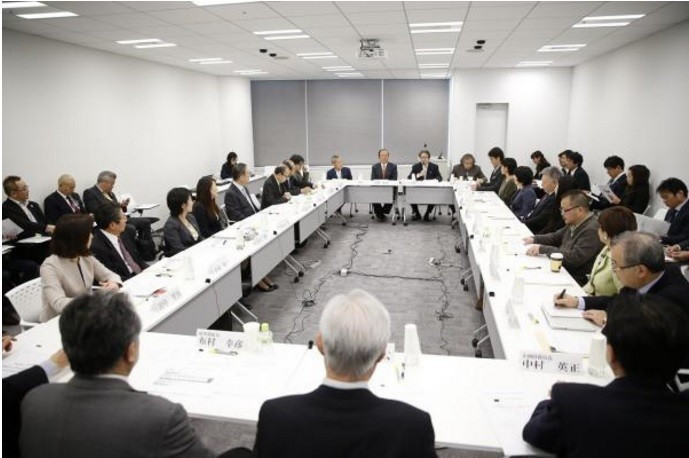 Tokyo 2020 will announce the winning design for the new Olympic and Paralympic logo as early as April 25, according to reports.

Japanese news agency Kyodo News have reported that organisers will reveal the emblem 17 days after the four shortlisted logos are published on April 8.

The process to register them as trademarks has already begun, Kyodo claimed.

Tokyo 2020’s Emblems Selection Committee confirmed in January that they had selected the four possible designs following a nationwide competition process but they would not be released until the potential logos had undergone strict plagiarism checks.

It follows the scrapping of the original emblem, designed by Kenjiro Sano, last September after Belgian designer Olivier Debie claimed it resembled his Théâtre de Liège logo too closely.

Once the four designs are revealed on April 8, the public will be able to offer their thoughts on their preferred option.

The Emblems Selection Committee, comprised of 21 members and led by Ryohei Miyata, are set to take their responses into account when casting their votes.

The logo which earns a majority in the ballot will then be put forward to the Tokyo 2020 Executive Board for approval.

The four were chosen after an extensive selection process, with nearly 15,000 entries received before the closing date on December 7 after the competition was opened up to all Japanese citizens over the age of 18.

The list of potential designs was then reduced to 311 in the first stage of the process, before being further narrowed to 64 in the second stage.

During the third round of screening, the Emblems Selection Committee gave either zero, one or three points to each of the designs, and the 64 were eventually whittled down to 19.

Those logos then underwent further scrutiny as the Committee used the same process to cut the list to 10, before each of the members chose their three preferred designs, which eliminated one further emblem.

The Tokyo 2020 has caused several problems for organisers as the new competition process was criticised as it was opened up to any Japanese adult who wished to enter.

The American Institute of Graphic Arts claimed opening the competition to non-professionals "disrespects" the design profession and that the cash prize of ¥1 million (£6,200/$8,900/€7,900) on offer to the winner is not enough for a logo which will be exposed to the world.