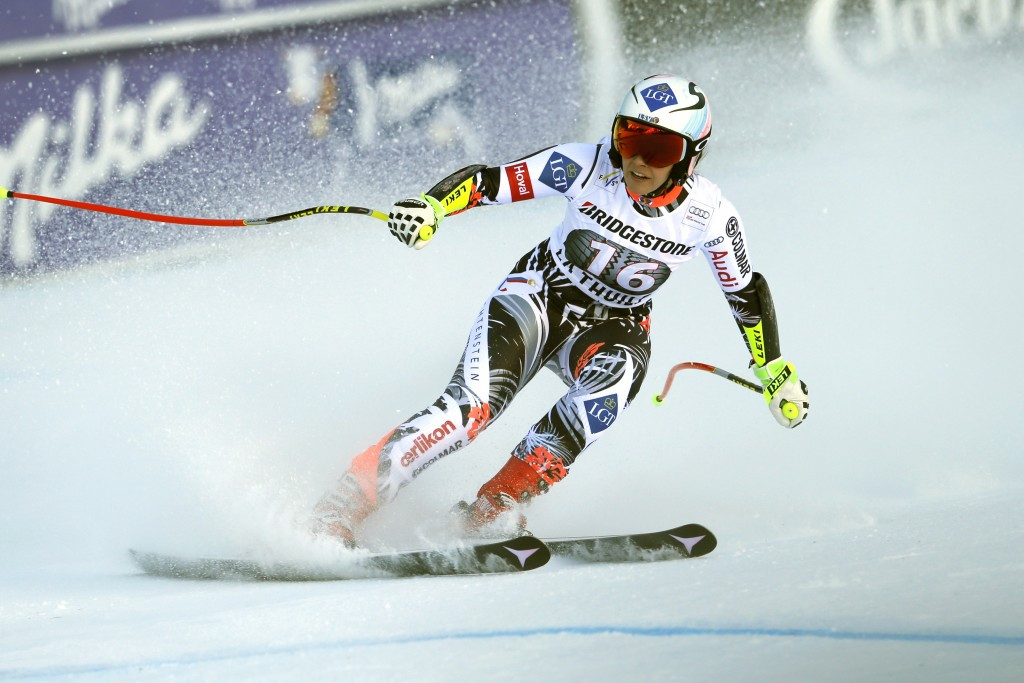 Tina Weirather claimed an International Ski Federation (FIS) Alpine World Cup victory for Liechtenstein as she took the super-G honours in front of more than 10,000 fans in La Thuile today.

The 26-year-old was in flawless form and clocked a time of 1 min 17.73 sec which her rivals were unable to better.

Second place went to Switzerland's Lara Gut, who was 0.57 behind, while American Lindsey Vonn was 0.64 adrift of the winner in third.

It means Gut, who earned 20 more points than Vonn today, has narrowed the gap at the top of the overall World Cup standings, with the Swiss now trailing the US skier by just 23 points.

Weirather's win, her first of the season and fifth in all, saw her bounce back from 35th spot in the downhill at the Italian resort yesterday.

“It was very different yesterday from today,” she said.

"First of all, I have more troubles this season in downhill than super-G.

"I think my super-G performances were always much better, so that was that.

"Also, the snow changed a lot and you know, I was really disappointed after yesterday, so I just kind of pushed the reset button and just tried it from new, and I think that worked well.”

In the overall super-G standings, downhill champion Vonn leads Gut by 79 points at the summit.

The next stop on the World Cup schedule is a city event in Swedish capital Stockholm on Tuesday (February 23).