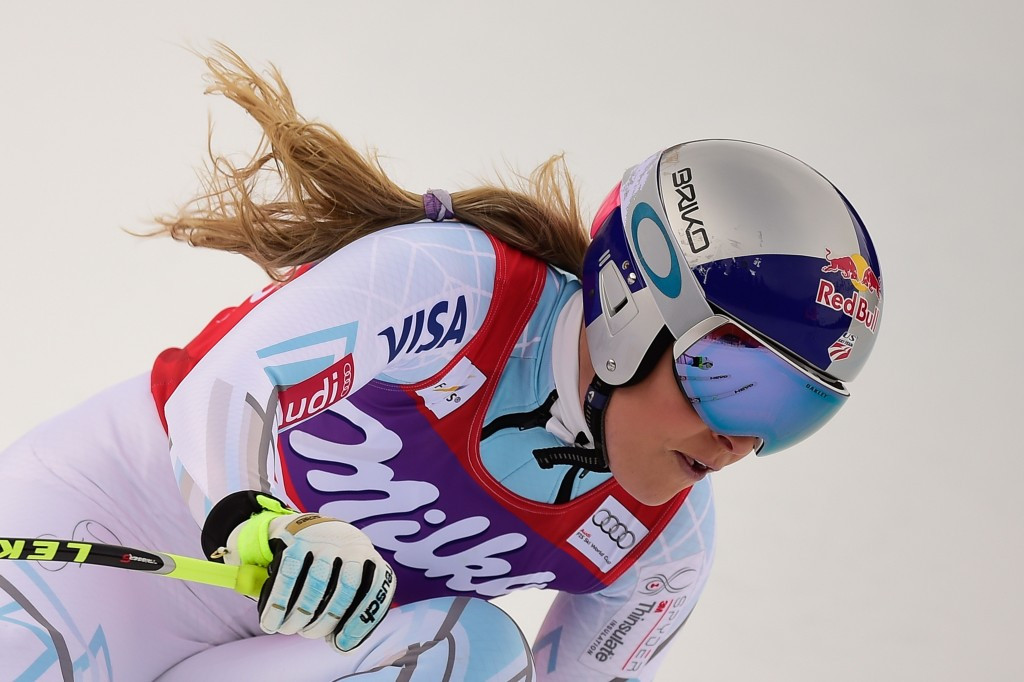 Vonn was left frustrated after crashing out of contention yesterday’s competition, with Switzerland’s Lara Gut overtaking her in the overall World Cup standings, but she held a 126 point lead over Huetter in the downhill classification.

The 31-year-old, winner of the downhill title in seven of the past eight seasons, produced a run of 1min 24.94sec.

It proved enough to finish second behind Fanchini, who earned her first World Cup win since 2008, the Italian clocking 1:24.80 to top the podium to delight the home fans.

Another home favourite, Daniela Merighetti, secured the bronze medal after crossing the line in a time of 1:25.52.

The result saw Vonn move onto 580 points in the downhill standings and now has an unassailable 173 lead over Canada's Laris Yurkiw in second place.

Vonn has also moved back above Gut in the overall World Cup classification ahead of tomorrow’s Super-G, with the gap now 43 points.

“It’s nice to be able to get the World Cup globe before the finals and it was also good for my self-confidence,” Vonn said.

“You know, I was a little bit unsure of myself after yesterday and it’s kind of hard sometimes to trust everything and I did that today.

“I attacked and it wasn’t perfect skiing, but I’m really happy with my second place.

“I’m also happy to be on the podium with two Italians in Italy, it’s really fun and everyone’s really excited.”

Italian success continued in the men’s downhill event in Chamonix as Dominik Paris stormed to the top of the podium.

Paris, second in yesterday’s Alpine combined competition, crossed the line in a winning time of 1:58.38, appropriately in the French resort.

America's Steven Nyman had to settle for the silver medal after ending 0.35 seconds behind the Italian.

Norway’s Aksel Lund Svindal remains top of the downhill standings on 436 points, with Italy’s Peter Fill lying 26 behind in second.