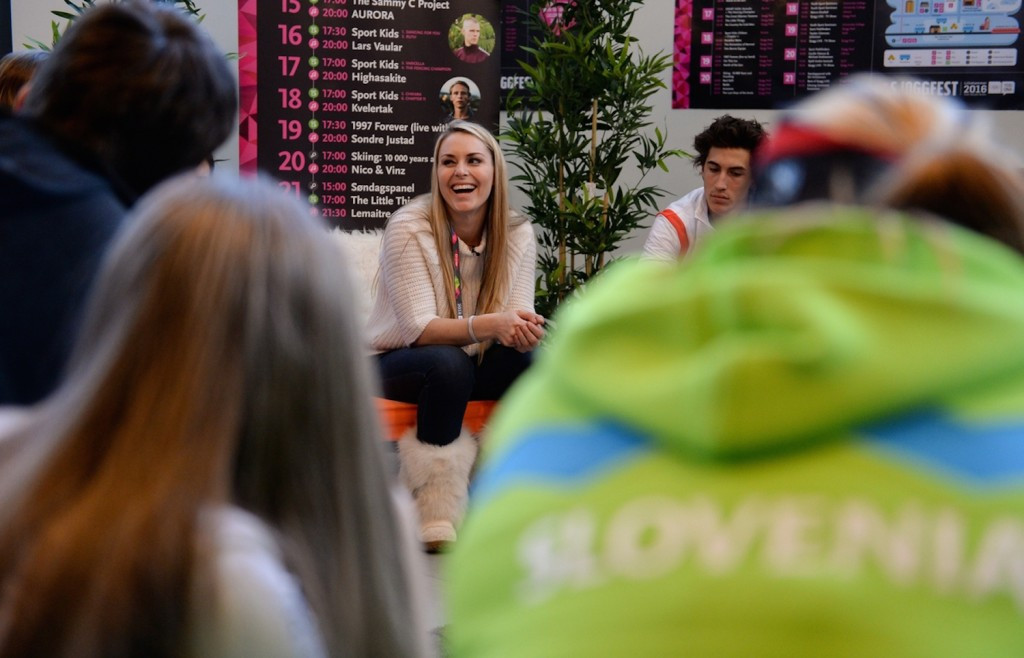 Skiing superstar Lindsey Vonn has declared an Olympic medal at Pyeongchang 2018 as the defining aim for the rest of her career here at an ambassadorial appearence during the Lillehammer 2016 Winter Youth Olympic Games.

"I want to win a medal at Pyeongchang, hopefully gold," she told young athletes competing here in a special question and answer session.

"Missing Sochi 2014 was a huge disappointment.

"Skiing in the Olympics is very different from a World Cup, and it took Vancouver [2010] for me to learn that.

"So that made it extra-hard missing Sochi considering I felt more prepared and was at the peak of my career."

Vonn, who was accompanied by her five-month-old Cavalier King Charles spaniel puppy, Lucy, spoke about a variety of challenges facing top-level athletes.

This included dealing with pressure, injuries and expectations, as well as taking advantage of the opportunities provided by an Olympic Games.

"It’s not an easy trip, but as an athlete we have a unique opportunity to positively impact people.

"If I can impact one of you guys that way, I’ve accomplished something.”

Vonn, also an honorary ambassador for Pyeongchang 2018, also claimed her current target remains the World Cup series, although she insists she is not specifically focussing on records.

She gained her 76th World Cup triumph earlier this month to close the gap on the all-time men's record of 86 victories held by Sweden’s Ingemar Stenmark.