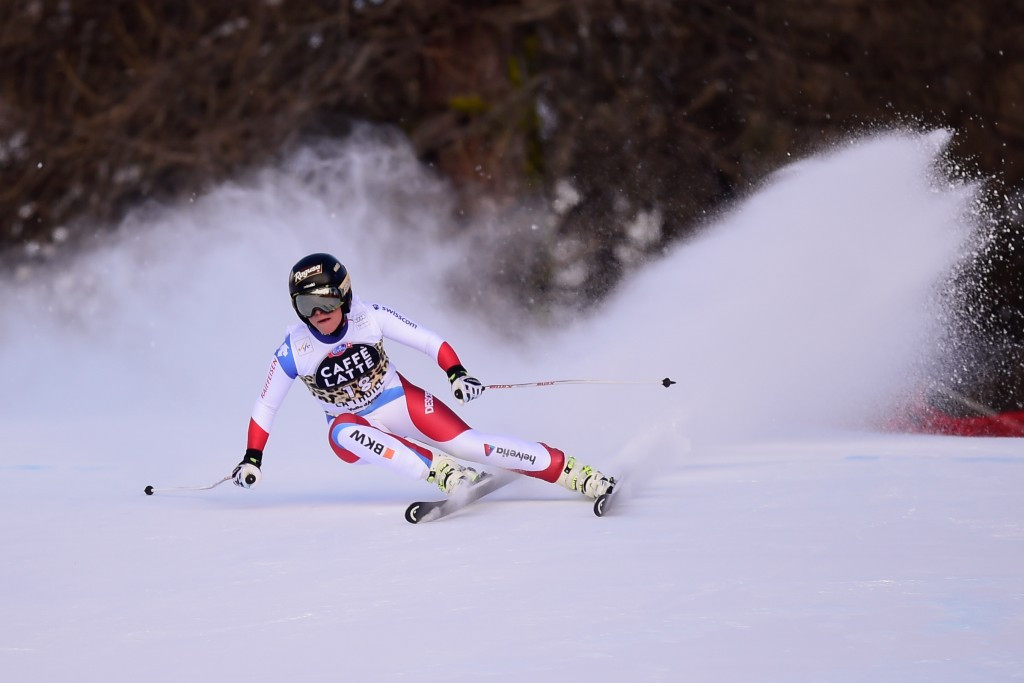 The American skier held an 87 point advantage over Gut ahead of the competition, held at the Italian resort after unsafe conditions led to a planned event at Crans-Montana being cancelled on Sunday (February 14).

Vonn’s hopes of victory were ended halfway down her run, however, after failing to finish due to losing a ski and falling on her side.

Gut took advantage of her rival’s misfortune by completing her effort in a time of 1min 35.57sec to claim the race win.

Her second downhill victory of the season proved to be a comfortable one, as Austria’s Cornelia Huetter finished 1.02 further back to claim silver.

The podium was completed by Nadia Fanchini, the Italian ending just 0.01 behind Huetter.

“It's a challenging course as we already said in the last couple of days, but I prefer challenges to highways,” Gut said.

“When you make a mistake on a straight course it's impossible to make up the time.

“Today my line wasn't ideal especially on top and I had to drift sometimes.

“I hope I can really arch my turns tomorrow, the more aggressive you are with the type of snow we have, the better it is.”

Gut is now 13 points clear of Vonn in the overall Alpine Skiing standings, but the American holds a 126 point lead over Huetter in the downhill classification.

Fresh from his giant slalom victory last weekend in Yuzawa Naeba, France’s Alexis Pinturault returned to the top of the podium, winning the men’s Alpine combined event in front of a home crowd in Chamonix.

The 24-year-old won the morning’s slalom race in a time of 42.55sec  and maintained his lead by clocking 1:30.74 in the downhill discipline.

His combined time of 2:13.29 was 0.27 quicker than Italy’s Dominik Paris, who was forced to settle for silver.

His compatriot Victor Muffat-Jeandet ended outside the medal spots with a time of 2:13.98.

A men's downhill event is due take place at the same venue tomorrow and a second women's competition is scheduled for La Thuile.