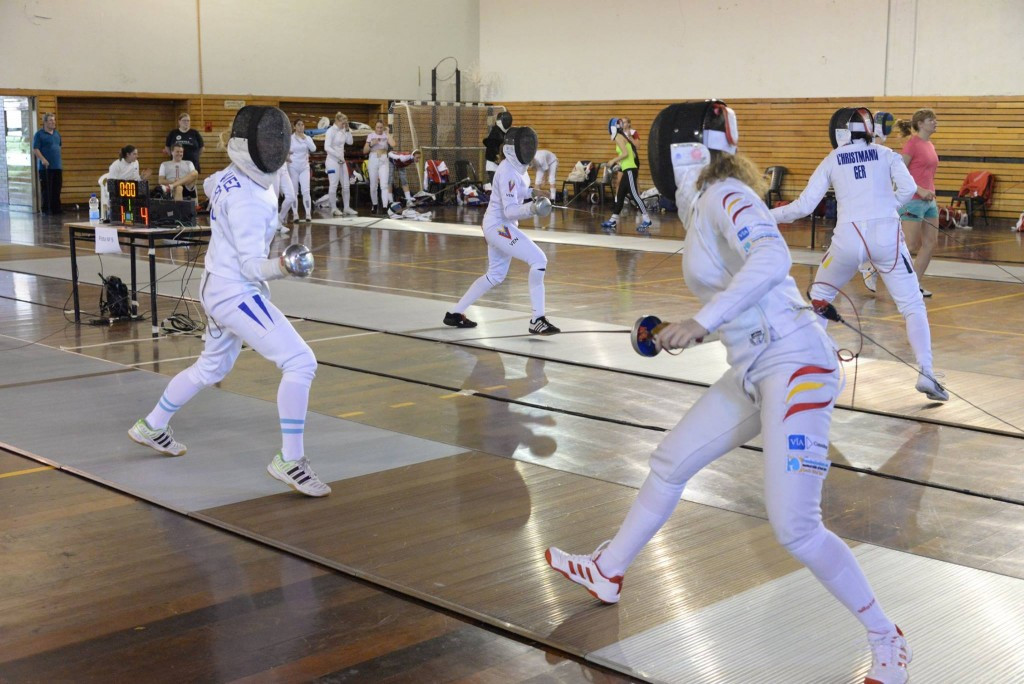 World champion Rossella Fiamingo is among those primed to enter the fray at the women’s épée Fencing World Cup in Buenos Aires following the completion of the individual competition's pool stage today.

The Italian, who successfully defended her world title in Moscow last year, is set to go up against Great Britain’s Mary Cohen in the last-64 as she begins her bid to reach tomorrow’s final.

The other half of the draw is led by Tunisian number two seed Sarra Besbes, world bronze medallist in 2015, who meets Ukraine's Kseniya Pantelyeyeva for a place in the last-32.

Also on the line in Argentina’s capital is the final automatic qualification spot for the women’s team épée event at Rio 2016.

China, Romania, Russia and the United States are all competing in the knowledge that they have already won enough points to guarantee qualification as a top-four nation.

In Vancouver, meanwhile, Switzerland and Russia are battling it out to secure qualification for the Olympic men’s team épée event.

France, Ukraine and Italy - the top three in the official International Fencing Federation rankings - have already booked their places at Rio 2016.

Tomorrow’s action in the individual event in the Canadian city is due to see French top seed Gauthier Grumier start his quest for the gold medal against Germany’s Jörg Fiedler.

Then team competitions at both events are due to take place on Sunday (February 14).