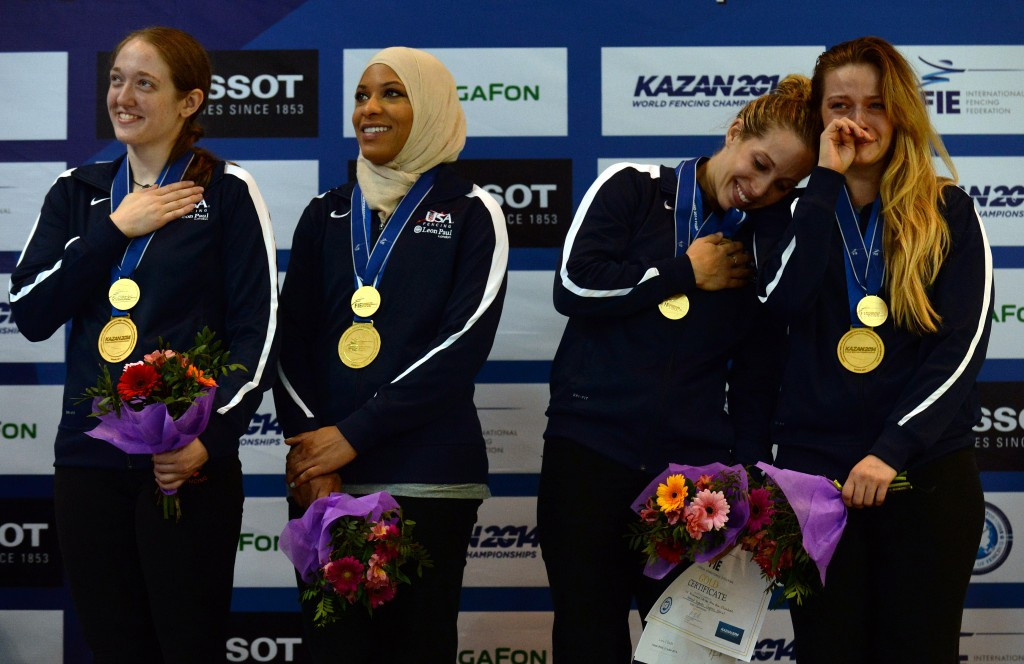 Fencer Ibtihaj Muhammad will make history at the Rio 2016 Olympics by becoming the first American athlete to compete at the Games wearing a hijab, the headscarf worn by muslim women.

The 30-year-old secured her place in Brazil this summer by winning bronze at the International Fencing Federation (FIE) Sabre World Cup in Athens on Sunday (January 31).

She had already made history as the first muslim woman to compete for the United States at fencing, and has achieved bronze medals at two of the three World Cup events this season.

In addition, Muhammad is now second in USA Fencing’s national team point standings, behind two-time Olympic champion Mariel Zagunis who won gold in Athens and has also qualified for Rio.

Muhammad had attempted to qualify for London 2012 but tore a ligament in her hand before the Games.

“I want to compete in the Olympics for the United States to prove that nothing should hinder anyone from reaching their goals - not race, religion or gender,” Muhammad, a team gold medal winner at the 2014 World Fencing Championships in Kazan, said.

Muhammad began to focus full-time on fencing after graduating from Duke University in 2007.

“After I graduated from college, I saw there was a lack of minorities in the sport,” she told TeamUSA.org.

“I recognised that I had a skill set, so I started to pursue fencing full time.

"I felt that it was something the squad needed.

"There were barriers that needed to be broken in women’s sabre.”