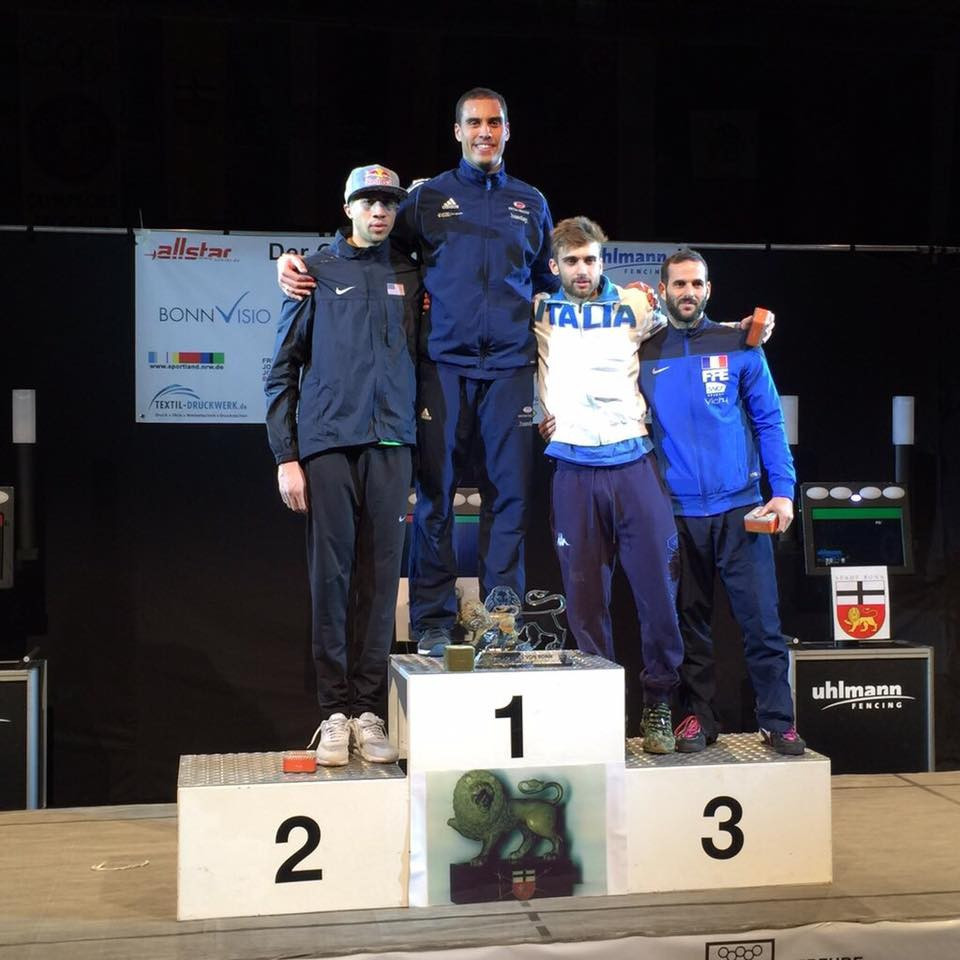 Having beaten Italy’s Daniele Garozzo 15-5 in the semi-finals, the 2014 European champion edged Chamley-Watson 15-9 to take the gold medal.

Garozzo was one of two bronze medallists, along with France’s Erwann Le Péchoux, who lost 15-13 against Chamley-Watson in the other semi-final.

The team event is scheduled to take place tomorrow, when the first eight countries to qualify fencing teams for this year's Olympic Games in Rio de Janeiro will be confirmed.

Leading the charge are the US, France, Italy and Russia, who make up the top four in the official International Fencing Federation rankings for the men’s team foil and have already accrued enough ranking points to progress to Brazil whatever happens at the final World Cup stage.

They will be joined by the top-ranked team from each of the four zones - Africa, Asia-Oceania, Europe and the Americas - with the race still wide open.

The fencers that missed out on qualification by the team route will have chance to qualify for the individual event at the Grand Prix in Havana in Cuba from March 11 to 13.

Women’s team foil is rotated off the Olympic programme this year along with men’s team sabre, meaning female foilists wishing to compete in the individual event in Rio de Janeiro will focus on the Grand Prix in Shanghai from June 3 to 5.