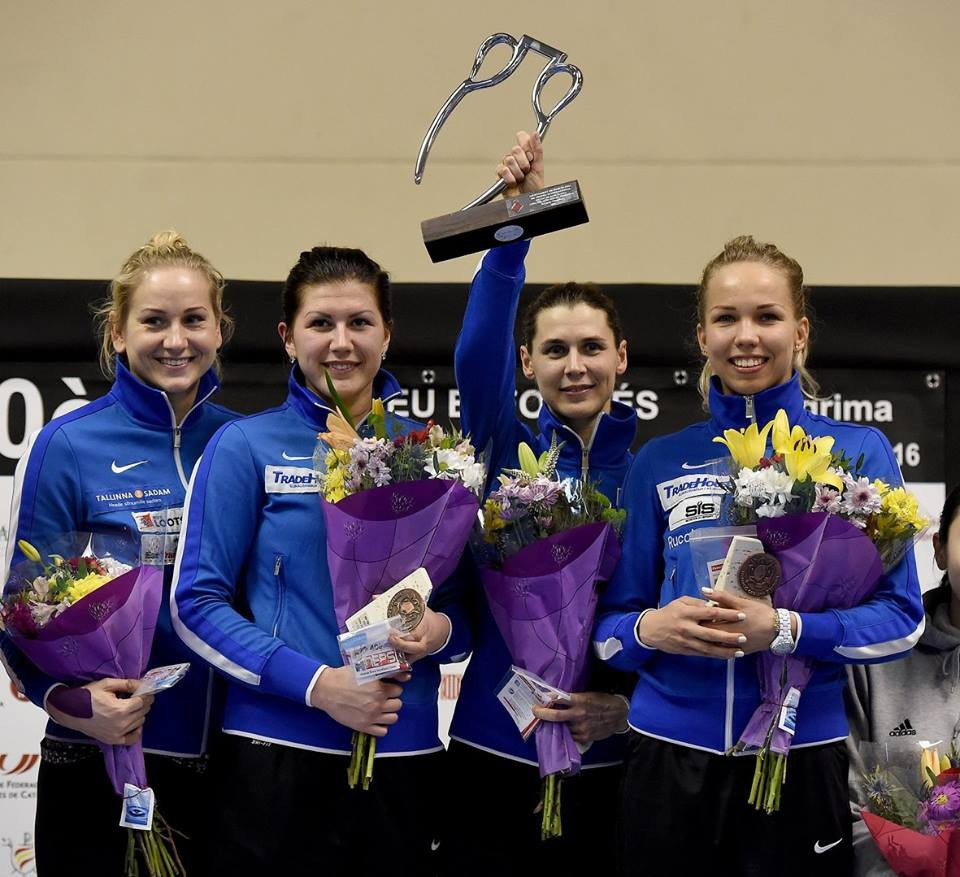 Estonia won the team title at the women’s épée Fencing World Cup in Barcelona after overcoming Russia in the final today.

The Estonian trio of Julia Beljajeva, Irina Embrich and Erika Kirpu guided their country to victory at the expense of Russia’s Violetta Kolobova, Lyubov Shutova and Tatiana Logunova.

South Korea bounced back from their defeat in the last four to win the bronze medal match, beating fellow losing semi-finalists China 23-22.

The competition took place at the Institut Nacional d’Educació Física de Catalunya, a venue built for the 1992 Summer Olympic Games.

It followed the individual event, which was won by Italy's Mara Navarria yesterday.

The next women's épée Fencing World Cup is due to be hosted by Buenos Aires from February 12 to 14.