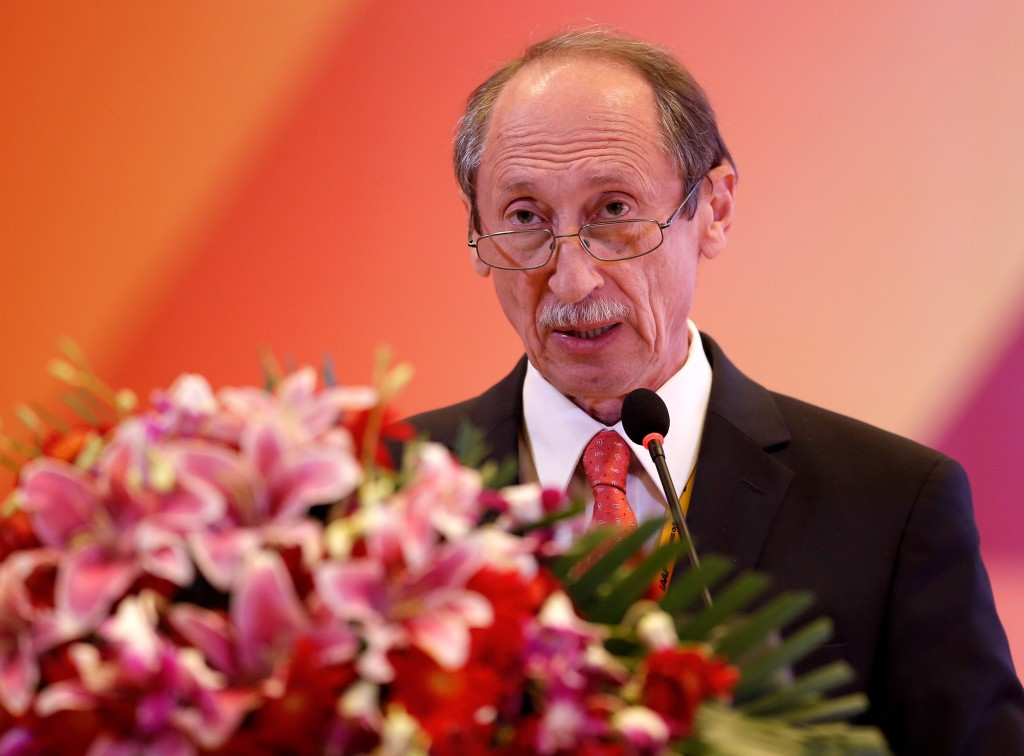 The Russian Olympic Committee (ROC) has recommended that Valentin Balakhnichev resigns from his position as an Executive Committee member after being named as a key figure in athletics' doping scandal.

In February, Balakhnichev resigned as President of the All-Russian Athletics Federation (ARAF) following a string of doping scandals involving the country's top athletes.

He finally caved into the pressure he had been under since an investigation broadcast on German television station ARD in December accused him of being involved in a systematic doping system and claimed that up to 99 per cent of Russian athletes used banned drugs.

Balakhnichev, who had led the ARAF since the dissolution of the Soviet Union in 1991, stayed on to represent the track Federation at the ROC, but in a report published by WADA’s Independent Commission on Monday (November 9) he was deemed "ultimately responsible" for doping and cover-ups during his tenure.

He was also linked to instances in which money was allegedly extorted from athletes leading to the ROC’s Ethics Commission recommending his resignation.

"Guided by the provisions of the IOC (International Olympic Committee) Code of Ethics, according to which the Olympic parties shall refrain from acts that could tarnish the reputation of the Olympic Movement, the Ethics Commission of the Russian Olympic Committee prepared a draft decision, according to which Valentin Balakhnichev recommended to resign the ROC Executive Committee’s membership," read an ROC statement.

The Independent Commission’s report accused Russia of widespread "state-supported" doping in athletics, as well as the destruction of positive drug test samples and corruption.

WADA subsequently recommenced the suspension of the ARAF, with a meeting due to be held by the International Association of Athletics Federations (IAAF) today to consider the proposal.

Vadim Zelichenok, ARAF’s President, had previously claimed his organisation was not guilty of systemic violations and has called against any ban, but has conceded that they would admit to some of the report's revelations.

He also stated some of the allegations, however, would be challenged - without going into any detail about particular points from the report.

Zelichenok's comments came after Russia's Sports Minister Vitaly Mutko claimed yesterday that the country would not boycott next summer's Olympics in Rio de Janeiro should its athletics team not be able to compete.

Any suspension handed out by the IAAF would cast severe doubts on Russian athletes attending Rio 2016, but Mutko appears to have ruled out competitors from other sports not attending.