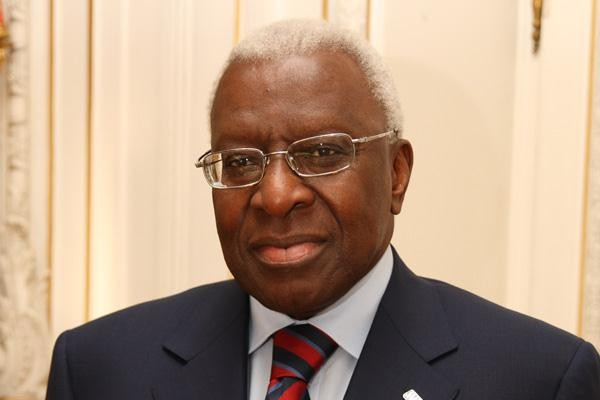 Lamine Diack has resigned as an honorary member of the International Olympic Committee following his arrest on corruption charges last week.

The 82-year-old Senegalese had been suspended by the IOC yesterday following an emergency meeting of its ruling Executive Board.

French police are currently investigating Diack over allegations he took bribes to cover up positive drugs tests involving Russian athletics when he was President of the International Association of Athletics Federations (IAAF).

Earlier, he had resigned as President of the International Athletics Foundation (IAF), the charitable arm of the IAAF, which he had headed since 1999.

Diack had retained his position of the organisation - whose honorary President is Prince Albert II of Monaco - despite stepping down as head of the IAAF in August, when he was replaced by Britain's Sebastian Coe.

"Discussions will be held in due course regarding the IAF and the appointment of a new IAF President," the IAAF said in a statement.

The most high-profile event that IAF organised was the annual IAAF Annual Awards Gala, due to take place this year in Monte Carlo on November 28.

Others charged include Valentin Balakhnichev, former President of the All-Russia Athletics Federation (ARAF) and treasurer of the IAAF.

Gabriel Dollé, the former director of the IAAF’s anti-doping department, has also been charged for various alleged breaches of the IAAF Code of Ethics, along with Alexei Melnikov, the former ARAF chief coach for long distance walkers and runners.

All four are due to appear before a hearing n London next month.