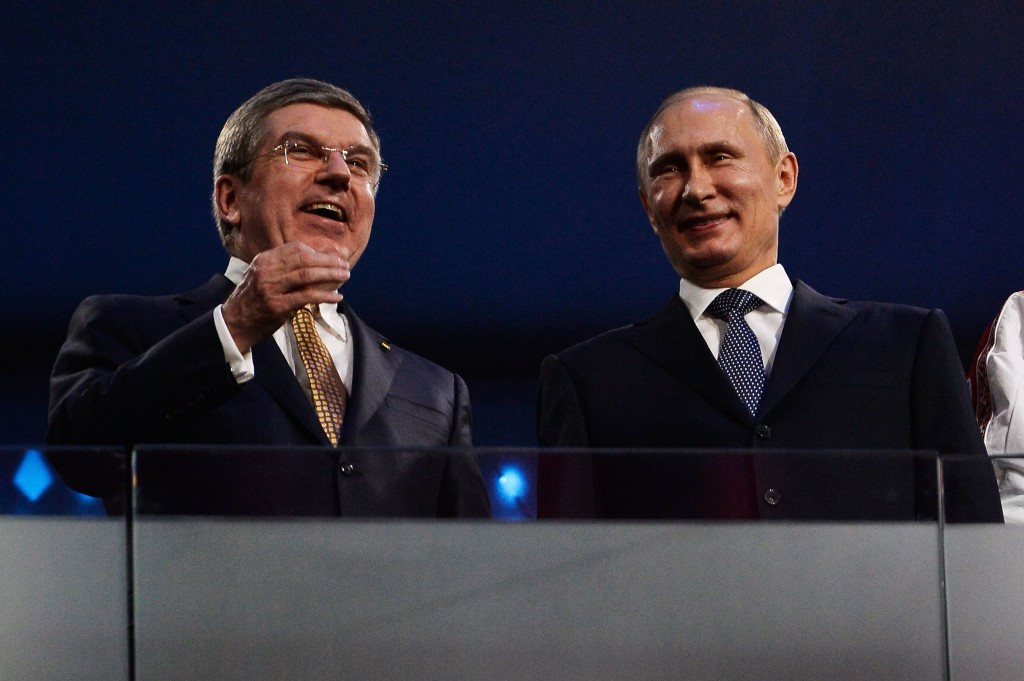 Vladimir Putin has called for an investigation into allegations of systemic doping within Russian athletics, admitting it is a "pressing issue which requires unending attention".

Putin, issuing his first direct response since the World-Anti-Doping Agency's (WADA) damning 323-page report was published on Monday (November 11), called for the investigation during a meeting with the heads of Russian National Federation chiefs.

He ordered Sports Minister Vitaly Mutko and "all colleagues connected with sport" to cooperate fully with international anti-doping bodies and conduct an internal investigation.

"The struggle with doping in sports, unfortunately, remains a pressing issue and it requires unending attention," he said.

It marked the first example of a Russian official admitting the severity of the reports rather than hitting back and criticising those who had made the claims, as Mutko and other have.

Putin warned, however, against implicating clean athletes, claiming how "it's absolutely clear that athletes who stay away from doping...shouldn't be held responsible."

Bach dismissed suggestions the IOC have not shown leadership since the scandal erupted, insisting it was the IAAF's responsibility to sanction member Federations.

"We have taken the clear decision that we will withdraw medals from affected athletes and will exclude athletes and officials from future Olympic Games which are implicated in this issue," he said during the SplrtAccord International Federations Forum here today.

"The IAAF will have to deal with its member Federations.

"It's not for the IOC, we have no authority.

"But we are in contact, we are assisting and we are encouraging."

Bach did not directly answer questions on whether he had discussed the situation with Putin, or say whether he planned to in the future.

"We are in contact with the Russian Olympic Committee, which is not mentioned in the report," he said.

"They are our partners.

"We will discuss with them the issue, and in this way try to assist and encourage the ROC to play its role in cleaning up the situation."

Bach did, though, criticise Diack, who resigned as an honorary member of the IOC today.

French police are currently investigating the 82-year-old Senegalese over allegations he took bribes to cover up positive drugs tests involving Russian athletics when he was President of the IAAF.

"This was shocking and very saddening news," Bach said.

"I could never have imagined that in an IF (International Federation), the leadership would solicit in bribes from athletes in order to manipulate sports competitions.

"This is unbelievable and makes everyone who loves sport extremely sad."

Related stories
November 2015: Bach claims fully independent anti-doping body is "more important than ever"
November 2015: Diack resigns as honorary member of International Olympic Committee
November 2015: Russian Athletics Federation promise to respond to WADA report but claim they should not be banned from Rio 2016
November 2015: Head of Moscow laboratory quits after identified in WADA report as key figure in doping scandal
November 2015: Exclusive: Coe gets backing from athletics community as he pledges to restore "trust and credibility"