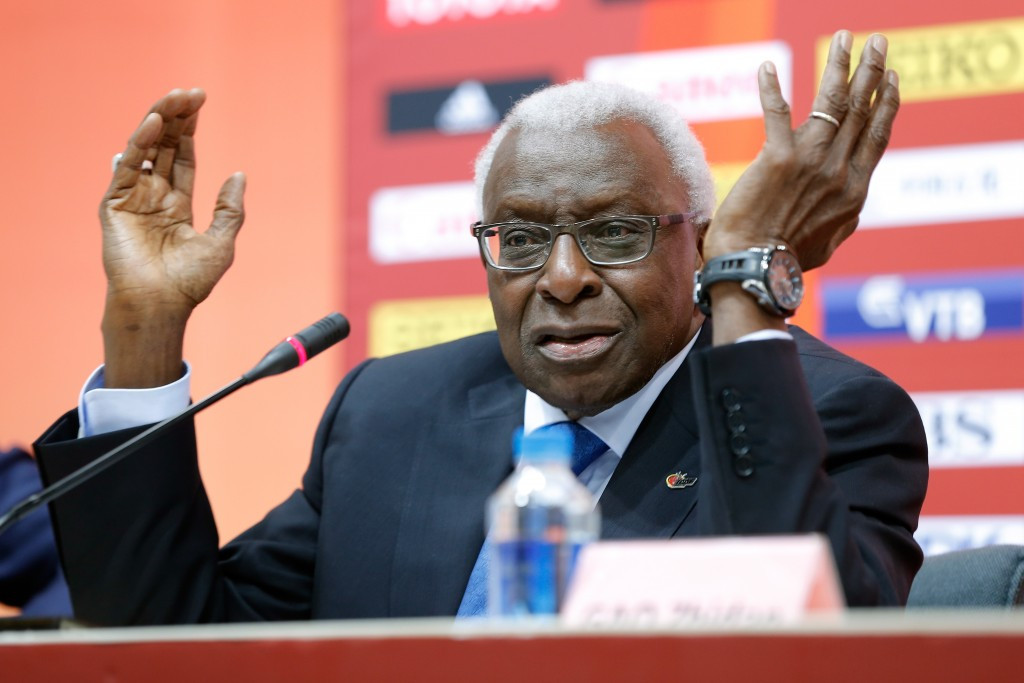 A police investigation must be held into the International Associations of Athletics Federations' (IAAF) awarding of the 2021 World Championships to Eugene, a former head of Interpol has claimed following the release of letters sent to Lamine Diack, then head of the governing body.

After missing out to Doha in last year's race for the 2019 Championships, American city Eugene was awarded the 2021 edition by the ruling IAAF Council in April without a formal evaluation process or consideration of rival bids.

All but two members of the 25-strong body supported the decision, described at the time as a "clear choice...that enables us to take advantage of a unique opportunity that may never arise again, whereby public authorities, the private sector, the National Olympic Committee, NBC and a particularly enthusiastic public are joining forces".

Following the arrest of Diack last month, however, following allegations he accepted bribes in order to cover up failed doping tests, suspicions have been raised as to whether there was more to the decision.

Björn Eriksson, a retired civil servant who was Interpol President from 1994 to 1996 before being appointed head of a proposed bid from Gothenburg for the 2021 World Championships, has claimed they were repeatedly promised by Diack that they would be given a chance to present their case.

“I believe this decision by the IAAF was unethical and immoral," he told the Sunday Times.

"I was promised to my face by Lamine Diack and Seb Coe that it would be a fair and transparent process.

“This is not what happened - Diack stopped the bidding process and gave the World Championships to Eugene after a secret vote.

"I would now like the French police to look into Diack’s role in the 2021 process.”

The letters from those involved in the bid, published today by the Sunday Times, do not appear to reveal any specific wrongdoing, but are more attempts to persuade Diack to make the decision in April, with one claiming: "The timing is right, the timing is now."

Another pointed-out a supposed commitment by NBC and Universal Sports to host "unprecedented" live broadcasting of the Championships, a promise which, it is claimed, may have been withdrawn if an immediate decision was not made.

Universal Sports has since ceased broadcasting.

Many have also presumed that sportswear giants Nike had something to do with the decision, with one of the company's designers set to help in the expansion of the Hayward Field stadium to be used at the Championships.

This has been strongly denied, however.

In a special question and answer format statement on their website published today, the IAAF sought to explain their process, which they claim was similar to the one by which Osaka was awarded the 2007 World Championships.

"The Council was aware at the time that a departure from the normal process would attract criticism and addressed the unusual but not unprecedented process, explaining it was seen as an opportunity not to be missed," the statement said.

Sebastian Coe, who replaced Diack as President at August's IAAF Congress in Beijing after previously serving as vice-president, has promised to recommend a review of the decision “if evidence of dishonesty or inappropriate behaviour comes to light".

Coe, who has faced criticism for remaining an ambassador for Nike, the company based around 100 miles from Eugene in Portland, took no role in Eugene’s effort according to bid officials, “other than being a voting member of the IAAF Council”.

In 2014, he had served as head of the IAAF Evaluation Commission for the 2019 process, visiting Eugene as well as Doha and third candidate Barcelona.