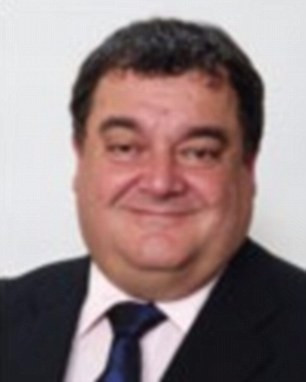 Costas Takkas, one of seven officials arrested in Zurich earlier this year as part of an ongoing investigation into corruption at FIFA, has been extradited to the United States following approval from Switzerland's Federal Office of Justice (FOJ).

A British-born businessman of Greek-Cypriot heritage, Takkas is an ex-attaché of former Confederation of North, Central American and Caribbean Association Football (CONCACAF) President Jeffrey Webb, who was also among the seven officials arrested in May.

Webb, a former FIFA vice-president, agreed in July to be extradited to New York City, where he has pleaded not guilty to accepting bribes worth millions of dollars in connection with the sale of marketing rights to various sports marketing firms.

Takkas has been charged on similar offences and the former secretary general of the Cayman Islands Football Association (CIFA) will now be in the hands of US law enforcement.

"Takkas is accused of demanding and accepting bribes of millions of dollars for the President of CONCACAF in connection with the sale of marketing rights for World Cup 2018 and 2022 qualifiers to a US sports marketing company," read an FOJ statement.

"In its extradition ruling, the FOJ concluded that all of the conditions for extradition are fulfilled.

"Specifically, the facts laid down in the US extradition request are also punishable under Swiss law (the principle of dual criminality).

"According to the request, by accepting bribes for the award of sports marketing contracts, Takkas massively influenced the competitive situation and distorted the market for media rights in connection with the World Cup qualifying matches.

"Other sports marketing companies were placed at a disadvantage, and the affected football federations were prevented from negotiating more favourable marketing agreements.

"In Switzerland, such conduct would be deemed unfair practices under the Federal Act on Unfair Competition."

The FOJ added that Takkas has 30 days in which to appeal the extradition ruling.

In total, 14 football officials and sports marketing executives have been indicted by the US on alleged bribery, money laundering and wire fraud charges involving more than $150 million (£98 million/€132 million) in payments.

All three intend to appeal, while as for Nicaragua’s Julio Rocha and Brazil’s José Maria Marin, extradition requests are still pending.