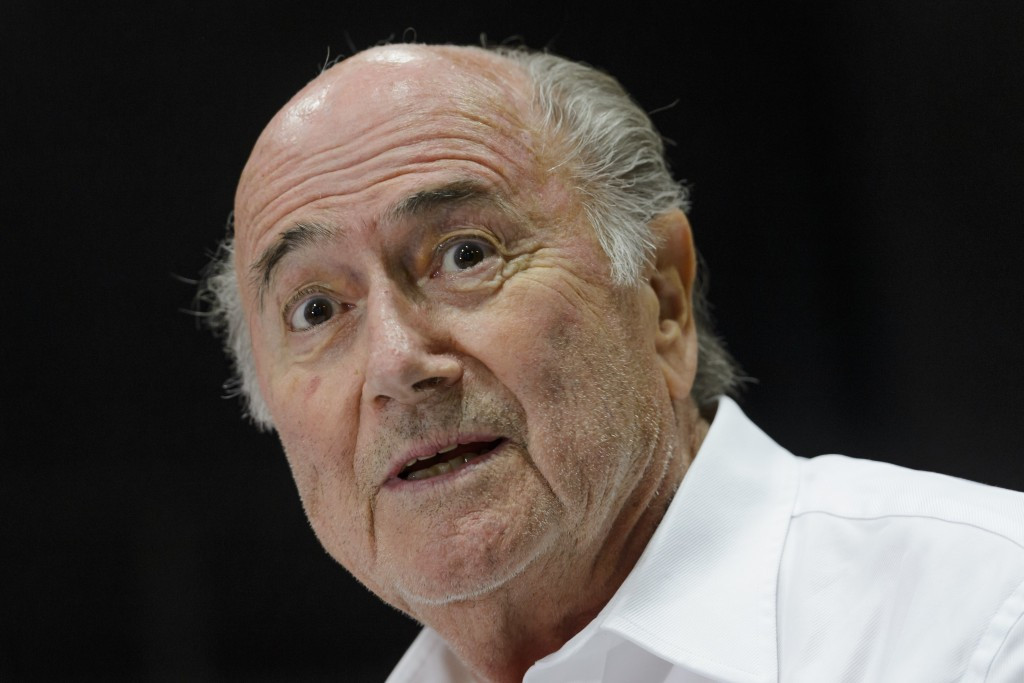 An appeal has been filed by Sepp Blatter against his suspension from football by FIFA's Ethics Committee, with the Swiss' lawyers insisting he "will not be found guilty", while former vice-president Chung Mong joon is planning to appeal his six-year ban to the Court of Arbitration for Sport (CAS).

Although in theory Blatter's suspension is only for 90 days, with the possibility of a 45 day extension, some have speculated that he left the FIFA headquarters in Zurich for the last time yesterday, while he also symbolically removed any reference to him being FIFA President from his Twitter profile.

But the 79-year-old, who is facing a Swiss criminal investigation, has already appealed to FIFA's Appeal Committee, according to his friend and legal advisor, Klaus Stohlker.

"He is defending his position and he is sure that he will be found not guilty," it was confirmed.

Blatter is accused of making a  “disloyal” payment - meaning one allegedly not in the interests of football's governing body - of CHF 2 million (£1.3 million/$2.1 million/€1.8 million) to UEFA President Michel Platini for consultancy work the Frenchman carried out between 1999 and 2002.

He is also accused of an unfavourable contract with the Caribbean Football Union - headed at the time by another corruption tainted official in Trinidad and Tobago's Jack Warner - which was "unfavourable" for FIFA.

Blatter is reportedly objecting to "brusque and unfair" treatment, with his legal team demanding to see the Ethics Committee's case file have an opportunity to present his case at a hearing.

FIFA's longest serving vice-present, Cameroon's Confederation of African Football head Issa Hayatou, has taken over on an interim basis, and is expected to travel to Switzerland for meetings next week.

A decision is likely to be made next week over whether to hold an emergency meeting, something already called for by two Executive Committee members in German Football Federation President Wolfgang Niersbach and Bahrain's Asian Football Confederation (AFC) chief Sheikh Salman Bin Ebrahim Al Khalifa.

According to FIFA statutes, the President must convene a meeting if it is requested by at least 13 members.

Meanwhile, an Emergency meeting of the UEFA Executive Committee will be held in Nyon on October 15, with representatives of all 54 UEFA member associations to meet on the same day.

This follows a decision by the UEFA Executive Committee to refuse to accept a similar ban imposed against UEFA President Michel Platini,

With FIFA's ruling meant to come into force "immediately", the verdict appears to put the world and European bodies on a collision course, with every UEFA Executive Committee member seemingly at risk of punishment for violating an Ethics Committee decision.

But on another traumatic day for football yesterday, Platini's hopes to run for FIFA President to replace Blatter in elections set for February 26 next year appear to have ended as he will not be able to declare his intention to stand while suspended.

The ambitions of former vice-president Chung also appear to be over after the South Korean was handed a six-year ban, although he is challenging the decision.

He declared his intention to appeal to CAS, although he would be expected to first contest the verdict with the FIFA Ethics Committee itself.

In a statement today, he accused Blatter of making FIFA "morally bankrupt" and described football's world governing body as "like the sinking Titanic", with its ethics process dismissed as a "political ploy".