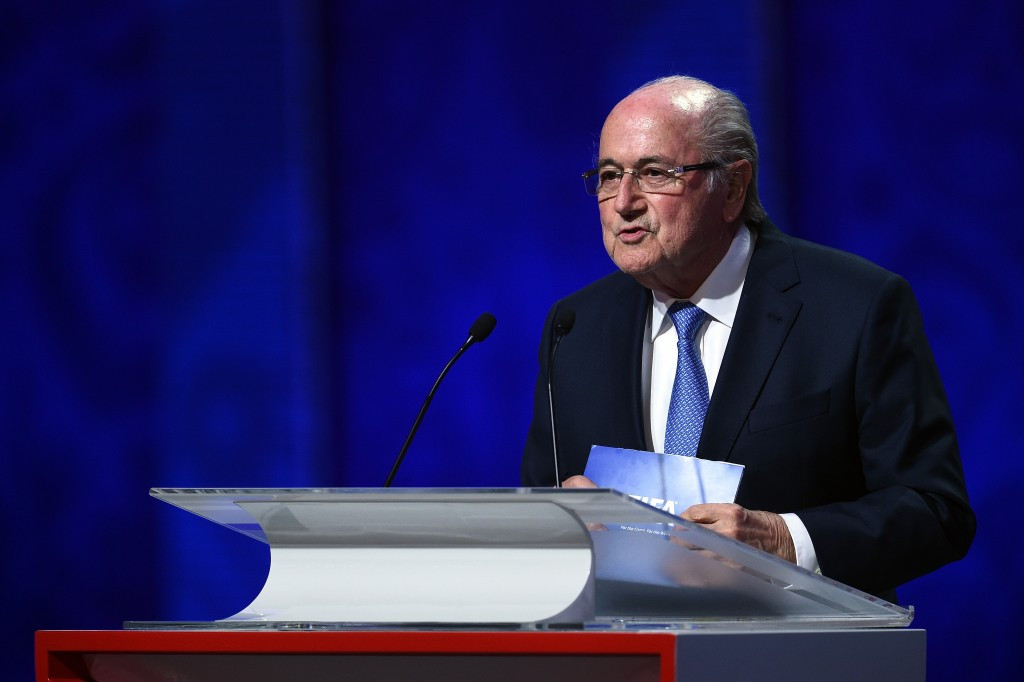 Sepp Blatter has vowed to use fighting qualities to contest the corruption allegations growing against him following his suspension from all footballing activity for at least the next 90 days.

The 79-year-old, who was hoping to step down as FIFA President next year after heading football's governing body since 1998, claimed to be optimistic despite his plummeting reputation in an interview in his native Switzerland.

"I am a fighter," he told the Schweiz am Sonntag newspaper.

"They can destroy me, but they cannot destroy my life's work.

"I am doing well and I feel good."

Despite preciding over a period overshadowed by scandals, Blatter had not been personally implicated until Swiss prosecutors last month opened a criminal investigation into an allegedly "unfavourable contract" signed with the Caribbean Football Union as well as a supposed  “disloyal” payment of CHF 2 million (£1.3 million/$2.1 million/€1.8 million) to UEFA counterpart Michel Platini.

FIFA's Ethics Committee handed both him and Platini 90 day bans on Thursday (October 8), with an opportunity for a 45 day extension if required.

Both officials are appealing this verdict, with the French Football Federation also vowing to contest the decision against Platini at the Court of Arbitration for Sport.

But, as calls grow for an external leader to take over to restore credibility to the organisation, Britain's Mail on Sunday newspaper have quoted a "senior FIFA source" who suggested new and unspecified evidence had been passed to the Ethics Committee in the past few days which could rule both figures out of the game "for years".

‘Emotions are high at present but this is far more serious than anyone can imagine," the source said.

"The reality is that this is beyond clumsiness, it possibly verges on a criminal offence."

Meanwhile, the Confederation of African Football has denied that its head Issa Hayatou, the Cameroonian International Olympic Committee (IOC) member who has replaced Blatter as FIFA President on an interim basis, is not fit enough to assume the role.

The 69-year-old, who will reach the maximum age limit for members of the IOC next year, requires regular dialysis sessions due to a kidney illness.

But he has "always fully assumed, without interruption" his duties as head of the continental group, it is claimed.

A statement added: "It has never been a secret that in recent years, kidney-related problems has seen him undergone regular dialysis sessions, and the programming has always been done in harmony, with the agenda and multiple professional obligations honored smoothly."