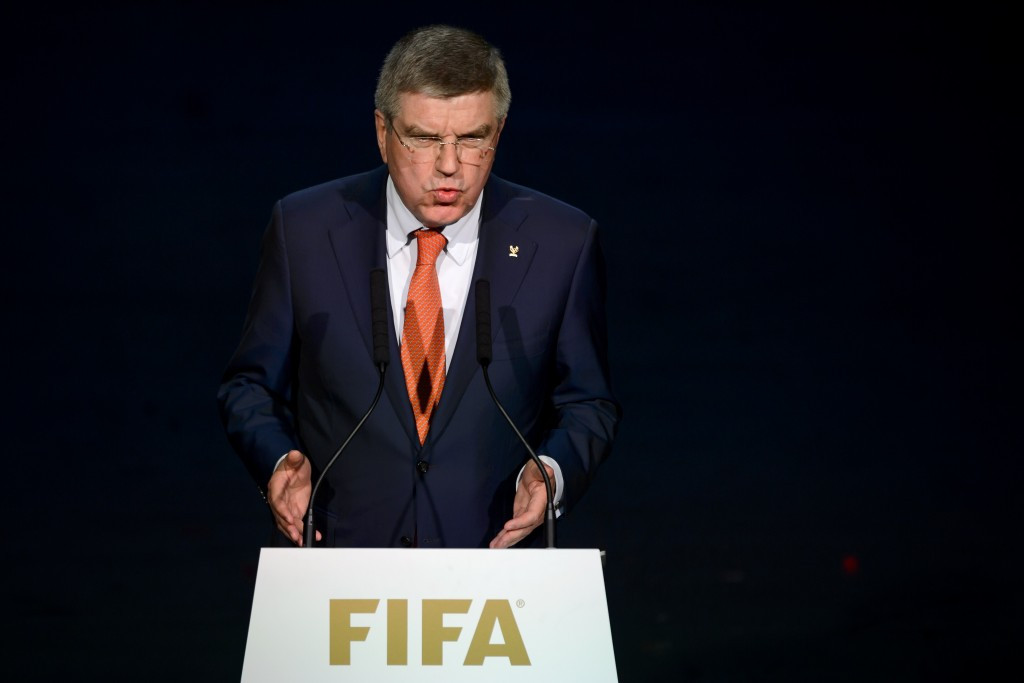 International Olympic Committee (IOC) President Thomas Bach has warned how FIFA must act "swiftly to regain credibility" amid a claim that their problems are "structural" in nature, requiring more changes than simply the election of a new President.

In what marks by far his strongest criticism yet concerning the problems engulfing football's world governing body, Bach told the organisation to take measures complying with themes of accountability, transparency and good governance prioritised in the IOC's own Agenda 2020 reform process.

This follows today's announcement that FIFA President Sepp Blatter and UEFA counterpart Michel Platini have both been provisionally suspended for 90 days by the adjudictory chamber of the FIFA Ethics Committee, while former vice-president Chung Mong-joon has been banned for six years.

“Enough is enough," the German declared.

"We hope that now, finally, everyone at FIFA has at last understood that they cannot continue to remain passive.

"FIFA must realise that this is now about more than just a list of candidates.

"This is also a structural problem and will not be solved simply by the election of a new President.

"They must do two things immediately: they must accelerate and deepen the reform process in order to comply with accountability, transparency and all the principles of good governance, as expressed in our reform programme, Olympic Agenda 2020.

"They should also be open for a credible external Presidential candidate of high integrity, to accomplish the necessary reforms and bring back stability and credibility to FIFA.”

Bach's strong words represent something of a u-turn considering how he has avoided direct criticism throughout the summer, and in May he spoke at the FIFA Congress at which Blatter was re-elected President for a fifth term, two days before the Swiss declared how he would stand down ahead of fresh elections on February 26.

But there has been a growing feeling of antagonism against FIFA within the Olympic Movement in recent weeks, connected to a feeling that other governing bodies may be tainted by FIFA malpractice.

insidethegames has been told that Bach's comments reflect growing frustration not just from the IOC but from across the sporting world.

Blatter himself ceased to be one this year following his decision to stand down, with Bach thanking him for his "outstanding service" when explaining the decision.