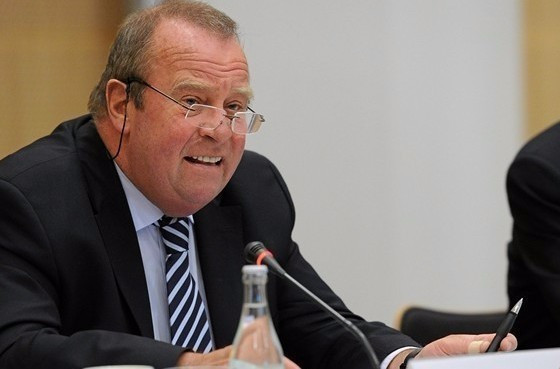 FIFA's Presidential Election, scheduled for next February, could be postponed, it has been suggested as pressure grows for an external figure to take over the running of football's beleaguered world governing body.

This comes as an Emergency FIFA Executive Committee meeting has been confirmed for Zurich on October 20, at which the Presidential Election is poised to be top of the agenda.

Sepp Blatter, the Swiss official who was elected to serve a fifth term in office in June, vowed to step-down just two days later following a wave of arrests of high profile officials, with the vote for his successor having been set for February 26.

But Blatter was suspended for 90 days yesterday by the FIFA Executive Committee following the opening of a Criminal Investigation into allegations of two supposedly "disloyal payments" he had made in office.

He is accused of an unfavourable contract with the Caribbean Football Union - headed at the time by another corruption tainted official in Trinidad and Tobago's Jack Warner - as well as of making a  “disloyal” payment of CHF 2 million (£1.3 million/$2.1 million/€1.8 million) to UEFA President Michel Platini.

Platini, who had been considered favourite to replace him, was handed a similar 90 day ban, while South Korean challenger Chung Moon-joon, a former FIFA vice-president, has been handed a six-year suspension.

Cameroon's African Football Confederation President Issa Hayatou has taken over on a temporary basis, but has claimed he has no interest in applying for the job on a permanent basis.

This leaves the only other candidate with any prospect of gaining serious support as Jordan's Prince Ali bin Hussein, who lost to Blatter in the initial election in June.

Following a call from International Olympic Committee (IOC) President Thomas Bach for a "credible external presidential candidate of high integrity", calls are growing for genuine change, which has been taken to mean someone from outside the governing body being considered as a successor.

In a statement today, the European Clubs Association called for "everybody who loves football to open the doors to real reform and transparency allowing the game to move forward", also vowing to be involved in any future process.