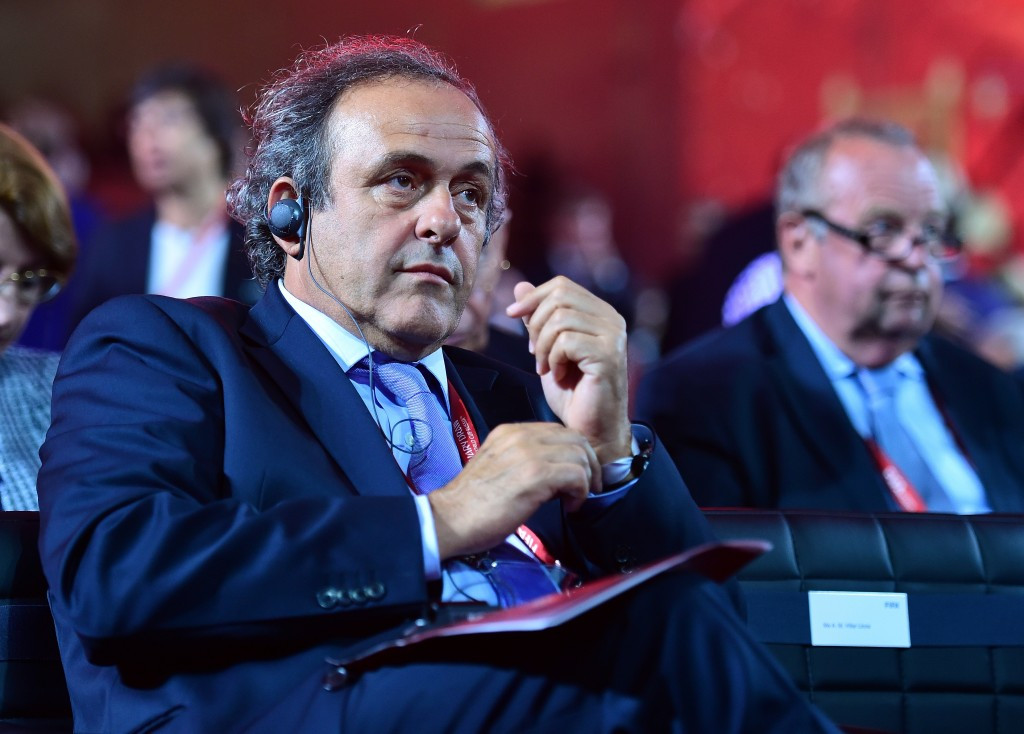 Rebellion within world football has taken another step after the South American continental federation joined European body UEFA in supporting Michel Platini despite the Frenchman being handed a 90 day ban from all involvement in the sport by the FIFA Ethics Committee.

This comes as Platini confirmed today that he would join FIFA counterpart Sepp Blatter in appealing the suspension, which both officials were handed on Thursday (October 8).

Blatter is accused of making a  “disloyal” payment of CHF 2 million (£1.3 million/$2.1 million/€1.8 million) to UEFA President Michel Platini for consultancy work the Frenchman carried out between 1999 and 2002.

Because nominations close on October 26 when the ban would still be in place, this effectively prevents Platini, who had been considered the frontrunner, from taking part in the election to succeed Blatter on February 26.

An appeal has been lodged to the FIFA Appeals Committee, while the French Football Federation also wants the Court of Arbitration for Sport to intervene to ensure Platini can stand for election.

The election is expected to be the leading item on the agenda at an emergency meeting of the FIFA Executive Committee on October 20, following calls from members including England's David Gill, Germany's Wolfgang Niersbach and Belgium's Michel D'Hooghe.

But, after UEFA released a statement expressing their "full confidence" and vowing to "stand fully behind" Platini, the South American Football Confederation (CONMEBOL), headed by Paraguayan Juan Angel Napout, has insisted he must be "innocent until found guilty".

"The confederation does not agree with the decision provisionally banning FIFA Presidential candidate Michel Platini from all football-related activities," a statement read.

"It is imperative that sporting justice continues its course in order to clarify all of the facts as soon and definitely as possible.

"At the same time the presumption of innocence is a fundamental right that has to be considered.

"Mr Platini has not been found guilty of any charge, therefore the provisional ban jeopardises the integrity of the electoral process to the FIFA Presidency, of which Mr Platini is a candidate.

"The confederation, considering the above, believes that the ban is untimely and disproportionate.

"The confederation urges that the provisional ban imposed upon Mr Platini be reconsidered, and that Mr Platini be allowed, with full guarantees and without impairing his rights, to continue as a FIFA Presidential candidate."

But, outside football governance circles, calls are growing for an external figure not currently involved in the governing body to take over so to ensure a clean break with the past.

In letters sent to the FIFA Executive Committee members, as well as the 209 football associations and six confederations that comprise the FIFA Congress, protest group #NewFIFANow has reiterated to global football officials that they should think about the "future of football rather than their position in football".

A call is made for “not the faux independence of the current committee", but for it to be led "by an eminent person who commands the respect of the global community, who can be assisted by other independent governance experts with no links to sport or to football, none of whom want a role in football once the job is done".