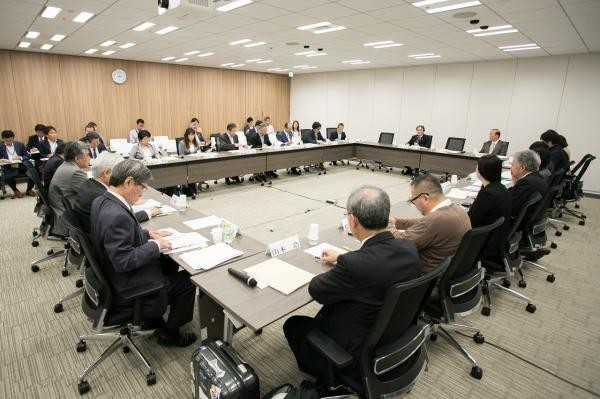 The Tokyo 2020 Emblems Selection Committee has announced the competition to design the new emblem for the Olympics and Paralympics will be open to everyone in Japan over the age of 18, with the official launch of the process due to take place in the middle of October.

Originally, only designers who had won at least two of seven designated design awards were eligible to submit an application, but these rules have now been relaxed.

It follows Tokyo 2020 confirming it would consider easing the submission rules for the new emblem last month, vowing to increase transparency in the screening process.

They are also accepting group entries, which cannot exceed 10 people, with the deadline for submission of designs coming on December 7.

A new design for the much-maligned logo, with the original being scrapped in September due to allegations of plagiarism, will then be officially unveiled in the spring of 2016.

The Emblems Selection Committee, led by Ryohei Miyata, President of the Tokyo University of the Arts, also revealed the process will be based around six key themes, including originality.

Empathy, symbolism, design concept, scalability and reproducibility are the other prerequisites which must be adhered to by potential designers of the logo.

Full details are expected to be announced in due course as the application process is currently being finalised.

The Committee will be tasked with finding a replacement logo after the furore surrounding the original attempt by Japanese designer Kenjiro Sano.

Despite Kazumasa Nagai, a representative of the Selection Committee for the Tokyo 2020 emblem, giving his backing to the proposed logo, the decision was taken by Tokyo 2020's Executive Committee to pull the design following complaints by Belgian designer Olivier Debie, who claimed it resembled the Théâtre de Liège logo, which he came up with, too closely.

The Théâtre de Liège dropped its lawsuit against the International Olympic Committee but Debie is pressing ahead with his case after filing a lawsuit in a Belgian court in August.

He launched his case in conjunction with the theatre, the copyright holder of the logo, demanding €50,000 (£36,000/$56,000) to be paid by the IOC and other organisations each time the now scrapped emblem is used.