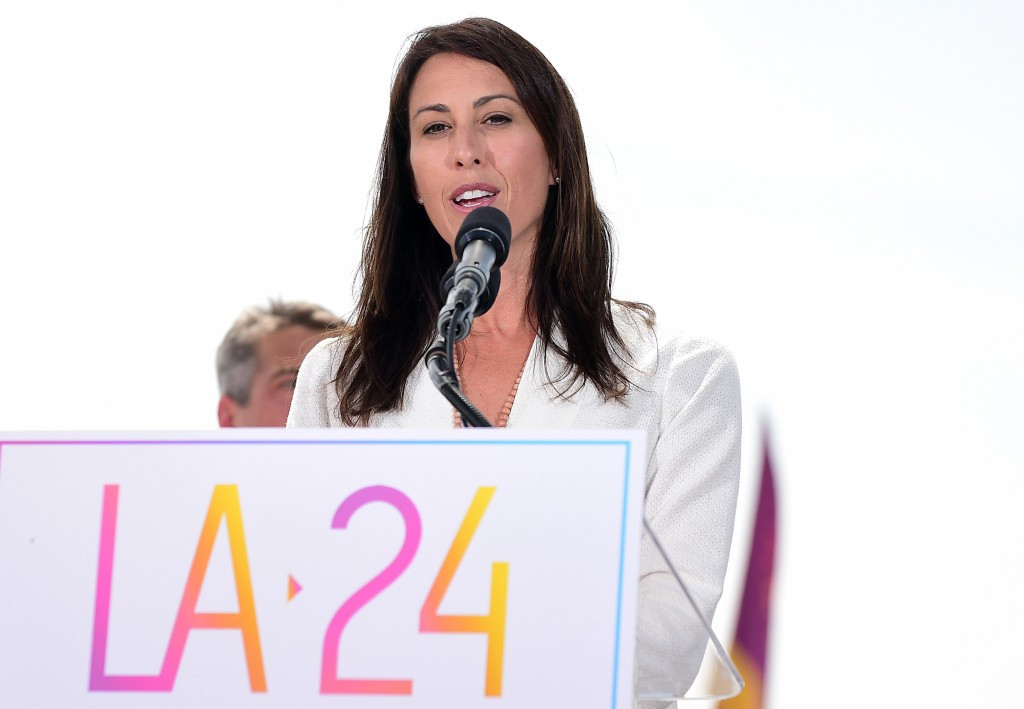 Four-times Olympic swimming champion Janet Evans has been appointed vice-chair of Los Angeles 2024, it has been announced, marking the first major addition to the city’s bid to host the Olympic and Paralympic Games in nine years’ time.

Evans, who won double gold at the 1988 Games in Seoul and in Barcelona in 1992, will also take up the role of director of athletes’ relations, aiming to give athletes a voice in the bid process.

The 44-year-old will be tasked with helping to bring the Summer Olympics and Paralympics back to the United States for the first time since Atlanta hosted the event in 1996, where Evans handed the Torch over to boxing great Muhammad Ali at the Opening Ceremony.

She was inducted into the International Swimming Federation Hall of Fame in 2001 and broke seven world records during her career.

Los Angeles 2024 claim the appointment of Evans, also a three-times world champion, provides an example of how they are reflecting one of the themes of Agenda 2020, the International Olympic Committee's (IOC) strategic roadmap for the future of the Olympic Movement, which aims to “enhance the athletes’ experience at the Games”.

They believe they will be able to strengthen their bid by getting the viewpoints of current and former athletes, both from within the United States and around the world.

“The appointment of Janet Evans, a three-time Olympian, as our vice chair is a statement of intent from LA 2024,” Los Angeles 2024 chairman Casey Wasserman said.

“We are totally committed to putting athletes at the very heart of our Games Plan, with a concept designed to optimise the athletes’ experience.

“Janet will ensure that we remain in dialogue with the athletes and constantly identify new ways to refine and improve our offering.”

The Athletes’ Commission will collate and provide various feedback and data from athletes for Los Angeles 2024 throughout the bid process, and Evans spoke of her pride at being appointed to one of the key roles in the Bid Committee.

“As a native Southern Californian and passionate supporter of bringing the Games back to the United States for the first time in 28 years, I'm honoured to join this team and will do everything I can to help LA’s bid,” she said.

“As an Olympian and former athlete who has competed at three Olympic Games I know how important it is that everything is in place to allow athletes to compete at their best.

“I remember sitting in the stands as a young fan at the LA Memorial Coliseum in 1984 and those athletes truly inspired my athletic pursuits.

“I am delighted to be working on a bid that is driven by a passion to provide the athletes of the world with the perfect stage for another inspirational show at LA 2024.”

Los Angeles officially launched their bid to stage the 2024 Olympics and Paralympics on September 1 after receiving the backing of the United States Olympic Committee in August.

The Euro-centric race for the 2024 Olympics and Paralympics also includes Budapest, Hamburg, Paris and Rome, with IOC President Thomas Bach confirming the five cities on the starting line last week.

The IOC will elect its chosen host at its Session in the Peruvian capital Lima in 2017.