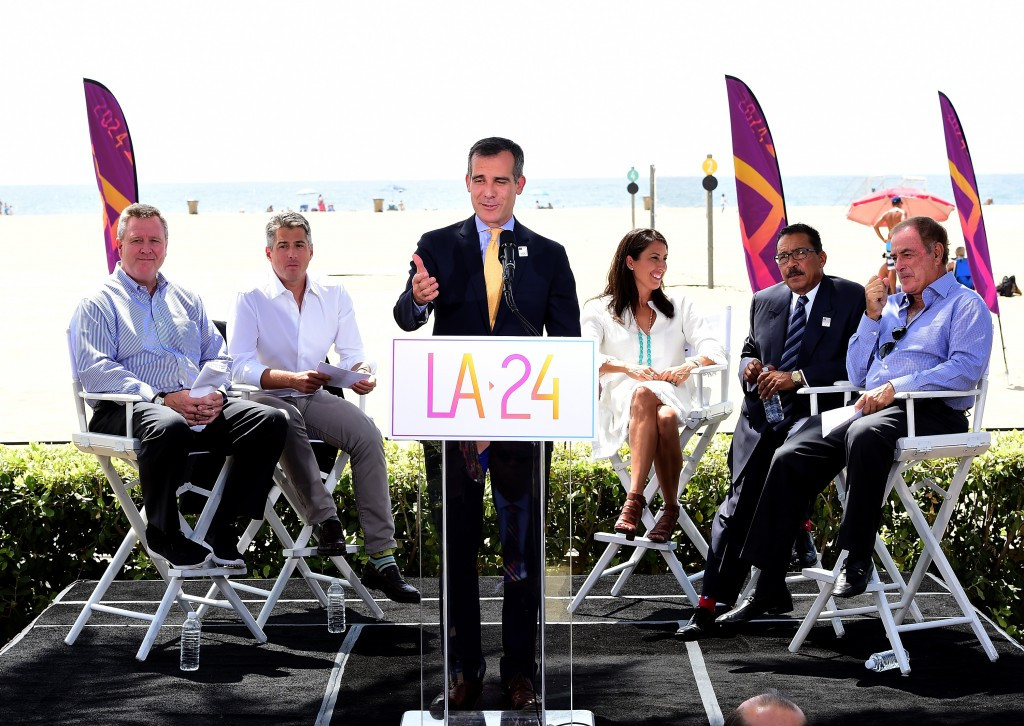 A new promotional video for Los Angeles' bid for the 2024 Olympics and Paralympics seeks to welcome people to the "new LA".

It also makes reference to a "city made of more than 100 nations, thousands of startups and millions of hard-dreaming people working to reinvent the city, sunrise after sunrise" as well as "athletes, storytellers and innovators working to achieve their dreams".

The video signs off with the tag-line "Welcome to the new LA" but a local band hasn't been used for the soundtrack, with Canadian group Arcade Fire's song Wake Up selected as the backing music.

The Californian city officially launched their campaign to host the 2024 Games following a unanimous vote by the City Council on September 1.

Los Angeles 2024’s plan claims to be based on the core principles of the International Olympic Committee’s (IOC) Olympic Agenda 2020, the strategic roadmap for the future of the Olympic Movement, with 85 per cent of proposed venues already in place or planned and five primary venue clusters all within 30 minutes of the proposed Athletes’ Village.

The United States Olympic Committee (USOC) announced LA as the American candidate after Boston pulled out of the race in July.

You can watch the campaign video below.