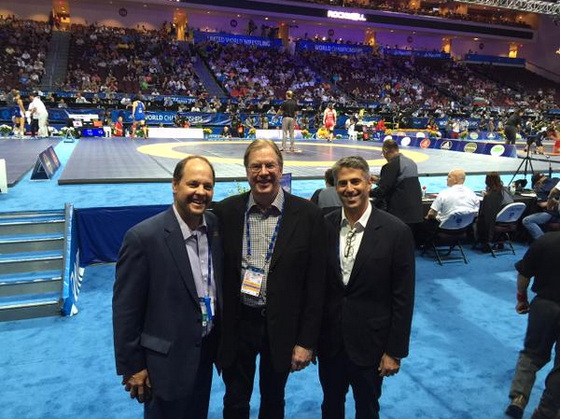 Casey Wasserman, chairman of Los Angeles' bid to host the 2024 Olympics and Paralympics, has begun the two-year campaign by visiting the World Wrestling Championships here.

“I came here just to listen and learn from an International Federation (IF) which has worked really hard to innovate in recent years," said Wasserman.

"The LA 2024 team and I are looking forward to being out on the road and experiencing these major events first-hand, because no-one knows how to stage these sports better than the International Federations."

Wasserman, who made the short trip here on his private jet with United States Olympic Committee chairman Larry Probst, is planning to travel extensively over the next two years to promote Los Angeles' bid to become only the second city after London to host the Olympics three times.

"LA 2024 is in a very fortunate position, because 85 per cent of our venues are already in place or planned and 80 per cent of those have been built since the last time we hosted the Games in 1984,” Wasserman said.

“With our existing world-class venues and the experienced teams operating them, we can offer the IFs an outstanding level of capability: from delivering a technically faultless field of play, to imaginative, engaging sports presentation, to guaranteed full venues.

"We want to show that LA 2024 is the ideal partner for the athletes, the fans and TV audiences around the world.”

Hamburg, who officially launched their bid to host the 2024 Olympics and Paralympics on Wednesday (September 9), are also represented here by Claudia Bokel, chair of the IOC Athletes' Commission.

She is accompanied by Nikolas Hill, chief executive of Hamburg 2024.

The IOC is due to choose the host city at its Session in Lima in 2017.