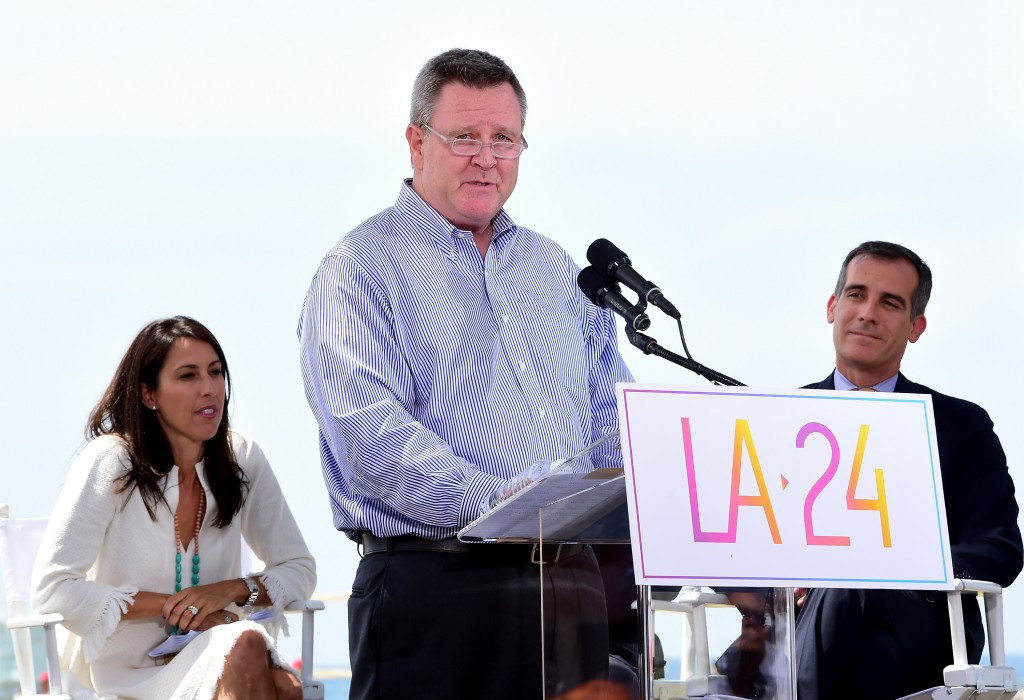 The United States Olympic Committee (USOC) says it is "honoured" to nominate Los Angeles as the American candidate in the race for the 2024 Olympics and Paralympics.

The Californian city officially launched its bid for the Games on September 1 and today it was revealed that its formal bid letter was sent to the International Olympic Committee in Lausanne on the same day.

A deadline of today has been set by the IOC for cities to officially enter the race by submitting bid letters.

USOC chairman Scott Blackmun said: “The United States Olympic Committee is honoured to submit the great city of Los Angeles to represent our nation in its quest to win the right to host the 2024 Olympic and Paralympic Games.

“With President Thomas Bach’s important Agenda 2020 initiative, it’s clear that the International Olympic Committee wants to partner with a city capable of hosting the Games responsibly, using the Games as a catalyst to further the vision of the city’s future and build a legacy that benefits its citizens and the Olympic Movement as a whole.

"When we look at LA – and the plans that Mayor Eric Garcetti, Casey Wasserman and the team have built – we see the framework for an ideal match up."

Wasserman, the chairman of LA 2024, added: “LA 2024 is honoured to be in the race for the 2024 Olympic and Paralympic Games and humbled by the opportunity.

"Our city has the enthusiasm, the passion and the experience to bring the summer Games back to the United States for the first time in 28 years.

“The Olympic Games are in our city's DNA because we live the positive legacies of the 1932 and 1984 Games every day.

"Los Angeles has partnered with the Olympic Movement at some crucial moments in our collective histories, and we are eager once again to be a Games changer for the greatest celebration of sports and humanity on the planet.

“Mayor Garcetti and I were proud to travel with the U.S. Olympic Committee to the IOC headquarters, where we submitted our application letter as part of our Invitation Phase meeting.

"LA 2024 would like to wish the very best of luck to our fellow Candidate Cities and we look forward to setting out on this exciting two-year journey with them.”

Rome, Paris, Hamburg and Budapest are also in the race for the 2024 Games.