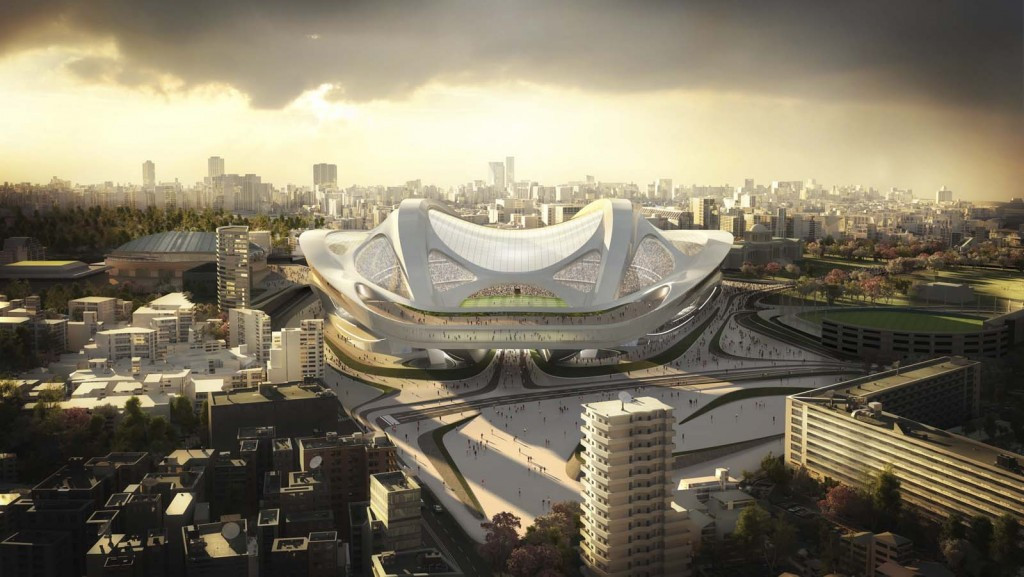 The cost of the Japanese National Stadium that will form the centrepiece of the Tokyo 2020 Olympics and Paralympics has been confirmed at  ¥252 billion (£1.3 billion/$2 billion/€1.8 billion), in spite of a decision to postpone installation of a retractable roof until after the Games.

The price tag is not far off double the  ¥134 billion estimate for the eye-catching Zaha Hadid-designed venue which the $1.52 billion (£966 million/€1.4 billion) costing in the Tokyo 2020 Bid Book converted to at 2012 exchange rates.

The recent decline in the Yen’s value against the United States currency means, however, that the increase is more modest in dollar terms, from $1.52 billion to $2.05 billion (£1.30 billion/€1.84 billion).

While Sports and Education Minister Hakubun Shimomura today told a meeting of officials in charge of preparing for the Games that the basic design for the building would be kept, he also disclosed that 15,000 retractable seats would utilise the so-called “quick-release and installation system” rather than the electric type originally proposed.

Shimomura also said that construction of the new stadium would start in October, with completion of a venue also required for the 2019 Rugby World Cup set for May 2019.

The gathering was the first Tokyo 2020 multi-party leaders’ meeting since the recent formal appointment of Toshiaki Endo as Minister in charge of the Games.

While the cost and other problems associated with the Games’s flagship venue have attracted much media coverage, organisers have managed to lop about $1.7 billion (£1.1 billion/€1.5 billion) off the cost of other venues.

The International Olympic Committee’s Coordination Commission is due in the Japanese capital this week for its second assessment of how progress on the Tokyo 2020 project is shaping up.