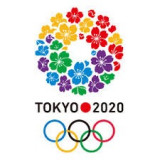 Baseball and softball, karate, squash, bowling, roller sports, climbing, surfing and wushu are the eight sports nominated for the next stage of the application process to be added to the Olympic programme for Tokyo 2020 Olympic Games, it has been announced this morning.

The decision, compiled from a list of 26 applicants, was made today following a meeting of the Tokyo's 2020 Additional Events Programme Panel in the Japanese capital chaired by the head of imaging giants Canon Fujio Mitarai.

The list holds few surprises, with baseball and softball long seen as the favourites to be restored to the Olympic programme follow their exclusion after Beijing 2008.

Squash, karate, roller sports, wushu and sport climbing, meanwhile, all applied in the initial inclusion process ultimately won by wrestling in 2013 following the controversial and ultimately short-lived decision taken earlier in the year to axe it after the Rio 2016 Games.

Surfing is included following an extensive marketing campaign, while bowling is the least expected addition, benefiting from its increased profile at other major multi-sport events such as the Asian Games.

All eight federations will now progress to a second stage of the application process, which will include the submission of further details by July 22 before Briefings to organisers due to take place in Tokyo on August 7 and 8.

An unspecified number will then be proposed to the International Olympic Committee (IOC) in September, before a final decision is due to made by its membership at its Session in Rio de Janeiro in August of next year.

No details have been released about the contents of each Federations applications, with no more information expected until September.

A major question considers the contents of roller skating's application, and whether it includes the discipline of skateboarding, which has been widely muted as a contender.

But, although the International Roller Skating Federation has said it is unable to provide further details at this stage, insidethegames understands that skateboarding and speed skating are the two disciplines suggested.

If successful, this is a move which would bear comparison with the integration of snowboarding within the International Ski Federation ahead of its Winter Olympic inclusion at Nagano 1998.