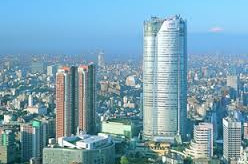 A shortlist of sports in contention to be added to the Olympic programme will be revealed by Tokyo 2020 on Monday morning (June 22) at a special event in the Japanese capital, it has been announced.

A total of 26 International Olympic Committee (IOC)-recognised sports submitted applications earlier this month, with these set to be whittled down ahead of a second phase of the process which will include presentations to Tokyo's Additional Event Programme Panel ahead of a proposal to the IOC on September 30.

Baseball and softball are considered the favourites, along with squash and karate, which was showcased before several IOC members earlier this month at the European Games in Baku.

The other 17 are not contenders.

It unknown how many sports will be shortlisted, and how many will ultimately be added.

The announcement is due to be made at 10:30am local time at the Toranomon Hills Mori Tower hotel, with the chair and vice chair of the Additional Events Programme Panel, the head of imaging giants Canon Fujio Mitarai and Tokyo 2020 chief executive Toshiro Muto, in attendance.

Final confirmation following the Tokyo 2020 proposals is then expected to be made at the IOC Session in Rio de Janeiro in August, 2016.

One interesting question related to the applications concerns roller skating, and whether the discipline of skateboarding has been included within its application.

Because neither the ISF nor WSF are IOC-recognised, the only means by which skateboarding was eligible to apply was under the FIRS banner.

Both the FIRS and Tokyo 2020 told insidethegames that they cannot divulge contents of applications at this stage.