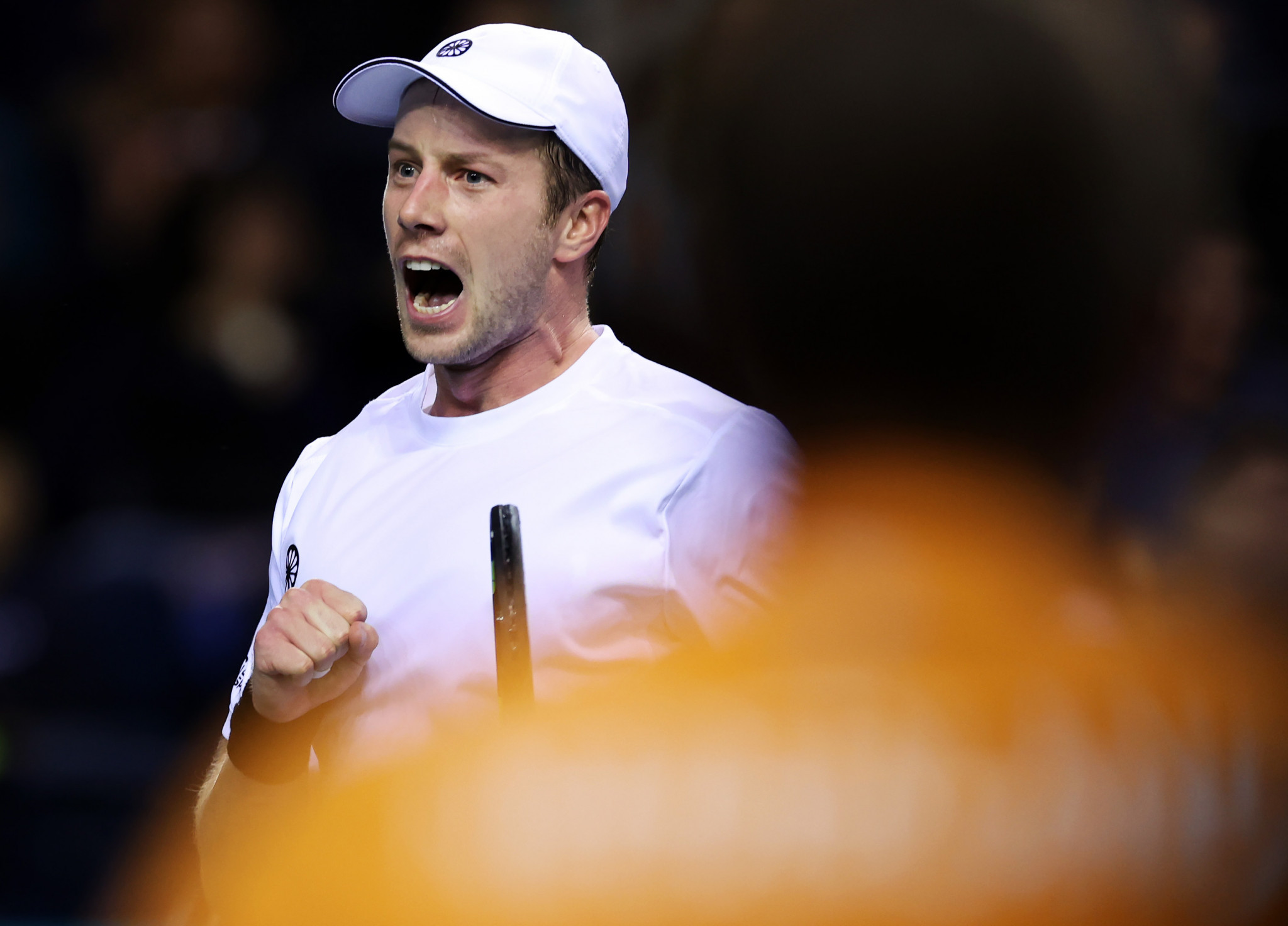 The Netherlands became the first country to reach the knockout rounds of the Davis Cup Finals undefeated, beating the United States in Glasgow, while Serbia pulled out a clutch win over Canada.

Canada advance despite the loss and the same can be said for the US.

Rajeev Ram and Jack Sock won the doubles to add some respectability to the score for the US, who will finish second in Group D.

In Group B, being played at Valenica's Pavelló Municipal Font de Sant Lluís, Canadian Vasek Pospisil was forced to retire hurt in the deciding doubles match.

That gave Serbia a 2-1 win and keeps their hopes of qualification alive, while Canada are through.

Canada top the group as things stand, but are set to finish second.

If South Korea beat Spain, Serbia will go top; the host nation will win the group should they defeat South Korea.

Croatia crushed Argentina 3-0 and are second in Group A, being played at Unipol Arena in Bologna.

Unbeaten Italy face Sweden tomorrow and an Italian win would send Croatia through as runners-up.

In Group C at Am Rothenbaum in Hamburg, France beat Belgium for their first win of the Davis Cup Finals.

Both countries were already eliminated.

The group stage is due to concluded tomorrow, with the knockout phase in Malaga not scheduled until November.