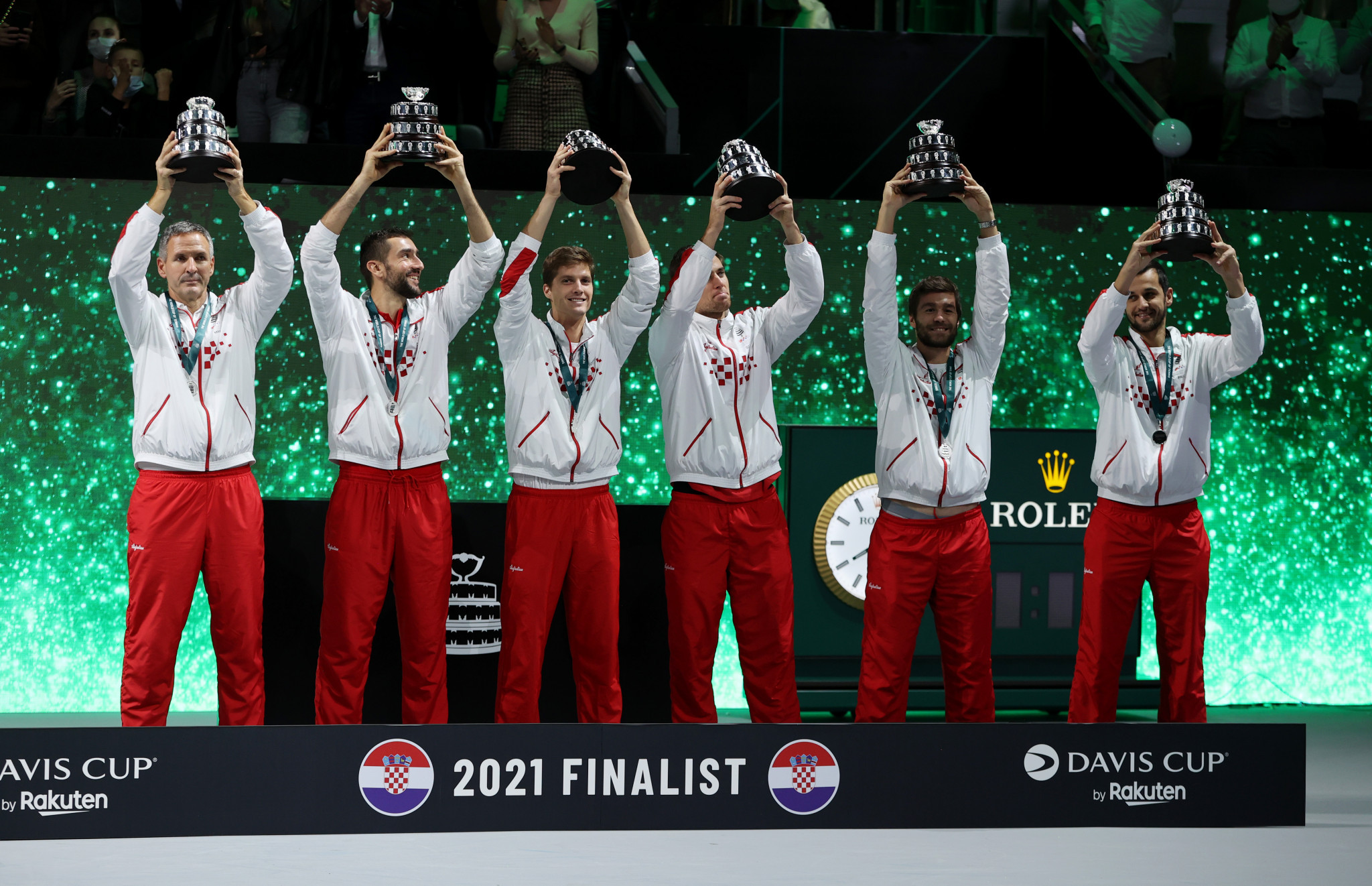 Last year’s runners-up Croatia were defeated in their opening match of the Davis Cup Finals group stage against Italy.

There will definitely be a new name on the trophy for the men's team tennis tournament this year with holders the Russian Tennis Federation (RTF) unable to compete, after being banned by the International Tennis Federation, due to the country’s invasion of Ukraine.

Croatia were beaten in last year’s final against the RTF in Spain and started their quest to go one better with a match against Group A hosts Italy at the Unipol Arena in Bologna.

Lorenzo Musetti won the opening singles rubber against Borna Gojo 6-4, 6-2, before last year’s Wimbledon runner-up Matteo Berrettini secured victory in the tie as he came from a set down to defeat Borna Coric 6-7, 6-2, 6-1.

There was then a surprise in the doubles rubber as Croatian pair Nikola Mektic and Mate Pavic, the Tokyo 2020 gold medallists, and part of the 2018 Davis Cup winning team were beaten 3-6, 7-5, 7-6 by Simone Bolelli and Fabio Fognini, sealing a 3-0 win for Italy.

In the day's Group D tie, played at the Emirates Arena in Glasgow, Scotland, the United States defeated Great Britain in a dramatic tie that saw all three rubbers go to three sets.

That took the match to a decisive doubles rubber, with the US pair of Rajeev Ram and Jack Sock coming from a set down to beat Britain's Sir Andy Murray and Joe Salisbury, 5-7, 6-4, 7-5 in another lengthy contest, that took two hours and 50 minutes and finished at 1am local time.

In today’s Group C tie, held at Am Rothenbaum in Hamburg, Germany, the group hosts edged past France in a match that went to a third set tie-break in the decisive doubles rubber.

Group B hosts Spain got off to a winning start at the Pabellon Fuente de San Luis in Valencia as they defeated Serbia.

The opening singles match saw Albert Ramos-Vinolas overcome Laslo Djere, with Ramos-Vinolas coming from a set down to win 2-6, 7-6, 7-5,

Roberto Bautista-Agut sealed the win for Spain in the tie with a victory over Miomir Kecmanovic in two tie-break sets 7-6, 7-6.