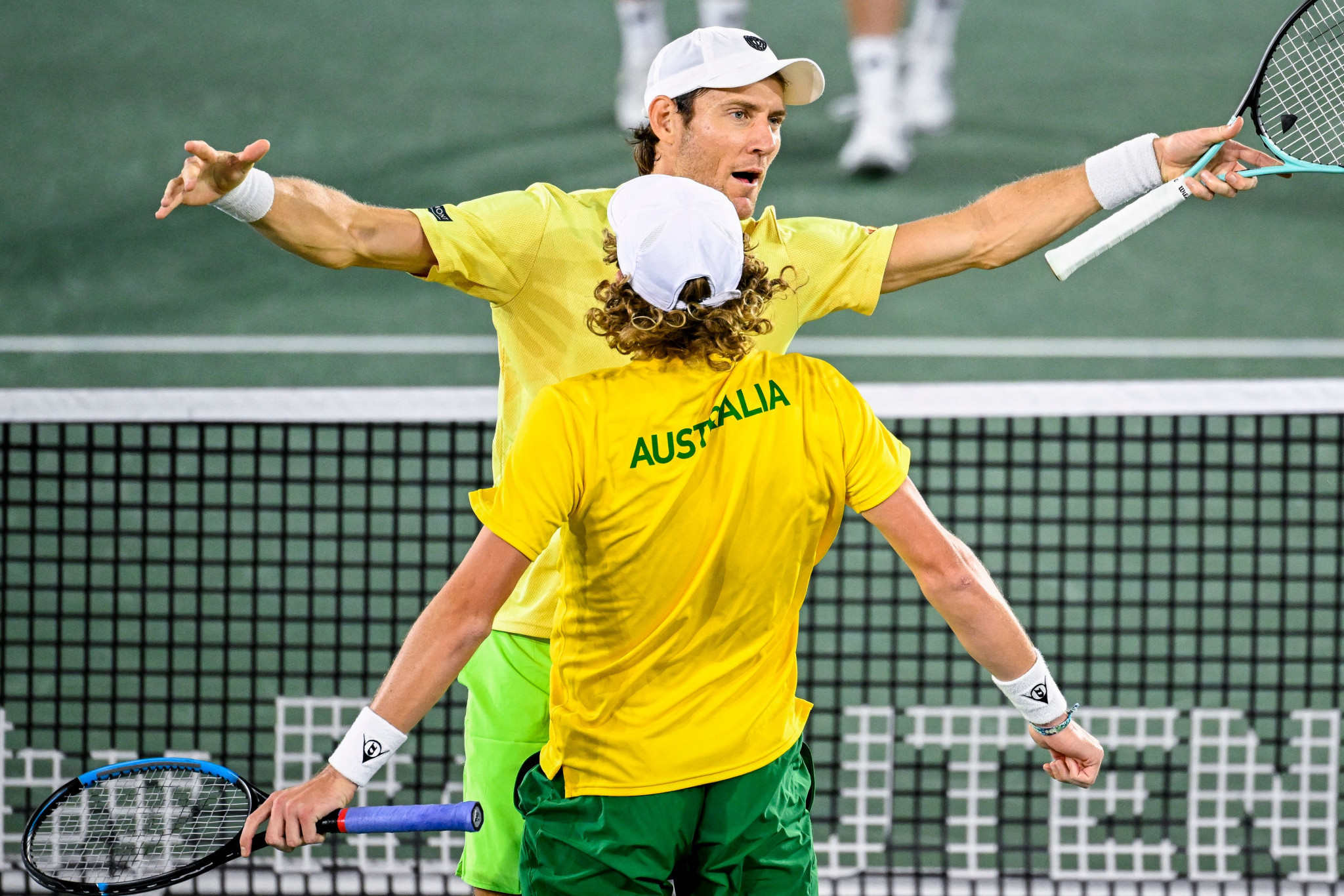 Australia, Sweden, The Netherlands and Canada all claimed victory in the opening group matches of the Davis Cup Finals.

US Open quarter finalist Alex de Minaur gave the Australians an unassailable 2-0 lead against Belgium in Hamburg in the first Group C clash.

De Minaur has now beaten the Belgian in all three matches they have played.

The 29-year-old won 64 per cent of his second serve points and twice rallied from a break down in the third set to triumph after two hours and nine minutes.

Matthew Ebden and Max Purcell then downed Sander Gille and Joran Vliegen 6-1, 6-3 to secure a 3-0 victory for Australia.

Elsewhere in Bologna, Sweden's Elias Ymer got his country off to start against Argentina in Group A as he got the better of Sebastian Baez 6-4, 3-6, 7-6 in the opener.

The 26-year-old had squandered two match points in the third set but eventually managed to hold on for the tiebreak win.

The Argentines then took a consolation point in the final meeting as Maximo Gonzalez and Horacio Zeballos beat Andre Goransson and Elias Ymer 3-6, 6-3, 6-2.

Dutchman Tallon Griekspoor fended off a Kazakh comeback from Mikhail Kukushkin to win 6-1, 3-6, 6-3 in Glasgow.

His compatriot Botic van de Zandschulp followed it up with a comeback win of his own, beating Alexander Bublik 3-6, 6-1, 6-4 in the Group D match-up.

Kazakhstan then managed to get a consolation point courtesy of Bublik and Aleksandr Nedovyesov who dispatched Wesley Koolhof and Matwe Middelkoop 6-4, 1-6, 6-3.

Canada snuck past South Korea 2-1 overall to top the standings in Group B in Valencia.

Vasek Pospisil got the Canadians off to a winning start as he beat Hong Seong-chan 4-6, 6-1, 7-6 but Kwon Soon-woo levelled the score with a remarkable 7-6, 6-3 victory against 2021 US Open semi-finalist Félix Auger-Aliassime.

Auger-Aliassime as he excelled in the deciding doubles match with Pospisil against Nam Il-sung and Song Min-kyu, winning 7-5, 5-7, 6-3.