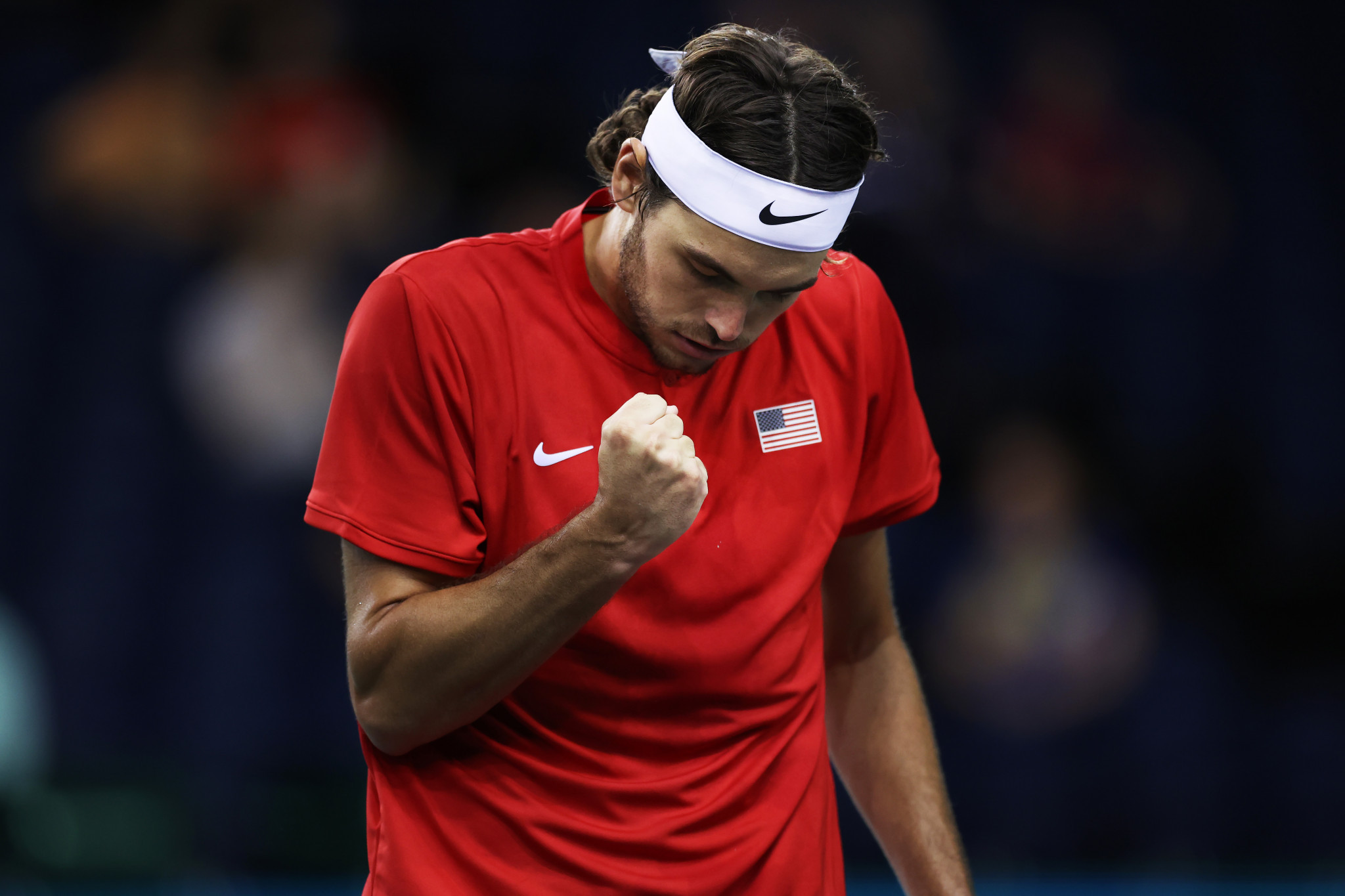 The United States and Australia both made it back-to-back victories in the group stage of tennis' Davis Cup Finals.

The US have won the men's team tournament a record 32 times, but not since 2007.

They are off to a tremendous start in Group D, following up yesterday's victory against hosts Britain at the Emirates Arena in Glasgow by beating Kazakhstan 2-1.

Tommy Paul dominated his opening singles match against Mikhail Kukushkin 6-1, 6-4 to put the Americans in front, before world number 12 Taylor Fritz required three sets to beat Alexander Bublik 7-6, 1-6, 6-3 to seal the tie for his country.

Bublik featured in the doubles match for Kazakhstan with Aleksandr Nedovyesov and contributed to a 6-2, 7-6 victory over Rajeev Ram and Jack Sock.

Australia have won the Davis Cup 28 times, but it has been 19 years since they last lifted the trophy.

After a 3-0 triumph over Belgium in Group C to start this year's Finals, they came from behind to beat France 2-1 at the Am Rothenbaum in Hamburg.

Richard Gasquet saw off Jason Kubler 6-2, 6-4 to put France in front, but Alex de Minaur's 6-4, 1-6, 6-4 win against Benjamin Bonzi brought the match to a doubles decider, in which Matthew Ebden and Max Purcell held their nerve to take both sets against Nicolas Mahut and Arthur Rinderknech 6-4.

France have lost their first two matches, and so too have South Korea in Group B after they were beaten 2-1 by Serbia at Pavelló Municipal Font de Sant Lluís in Valencia.

In Group A, the 2021 runners-up Croatia recorded their first win of this year's Finals, but had to come from behind to beat Sweden at the Unipol Arena in Bologna.

The Ymer brothers competed for Sweden in the deciding doubles match, but were beaten 7-5, 6-3 by Nikola Mektić and Mate Pavić.

The result ensured that Croatia bounced back from a 3-0 loss to hosts Italy in their opener.

The group stage of the Davis Cup Finals is set to continue tomorrow.

Italy are due to play Argentina in Group A, Spain take on Canada in Group B, Germany face Belgium in Group C, while Group D's match features Britain against The Netherlands.