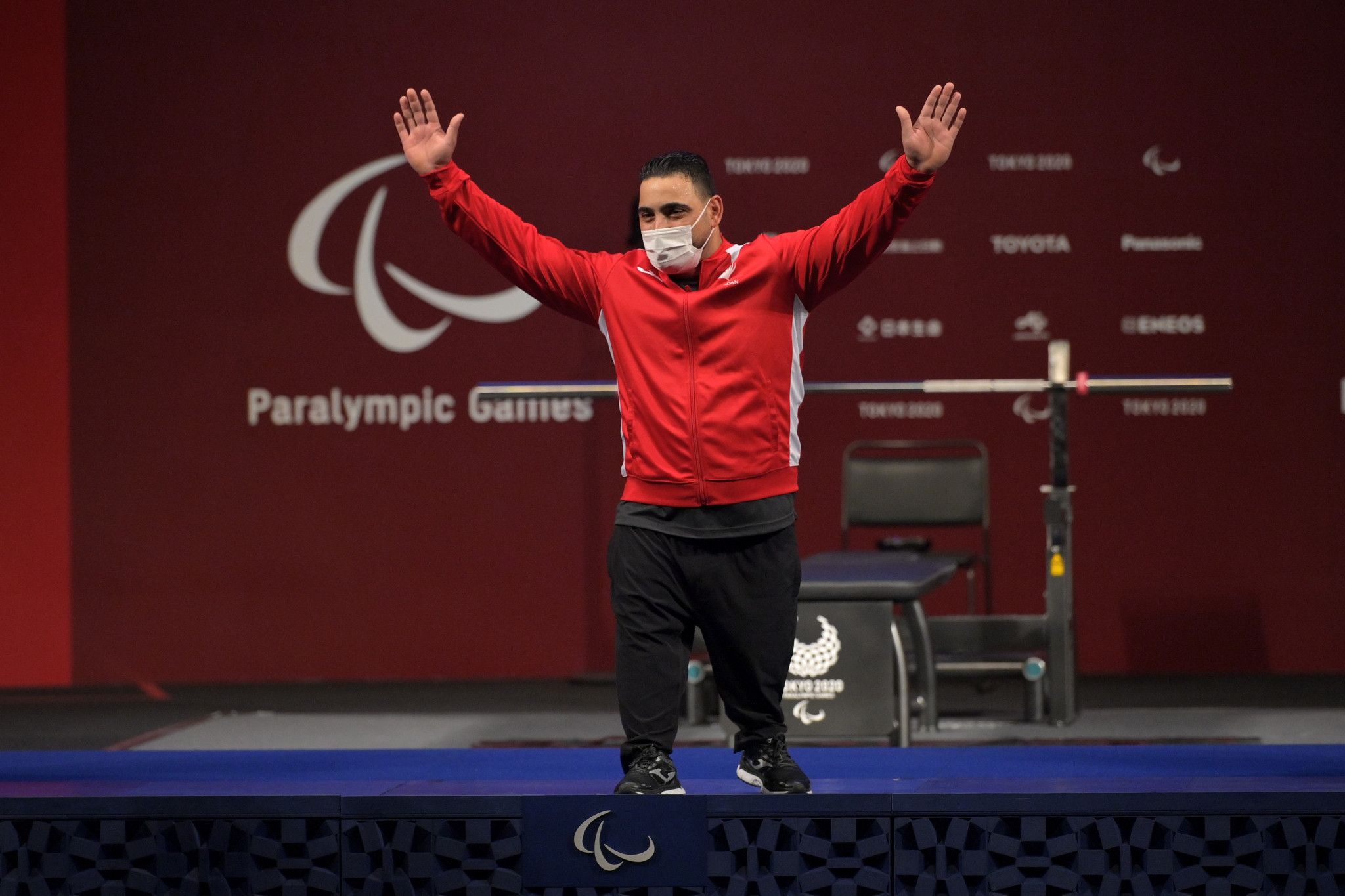 The Jordanian produced a sensational fourth and final lift of 250kg to surpass the previous record by a whopping 10kg.

He had also created a gap of 24kg and then 26kg between himself and the rest of the field after the first and second rounds respectively before hitting the headlines with a stunning world record.

"I am very happy with this record," said Khattab.

"Since Rio 2016 I set a goal for myself and I have worked hard. I am training every day and I am giving my all.

"That is why I have all this success."

Magomed Dzhamalov of the Russian Paralympic Committee (RPC) produced a new lifetime best of 212kg, which awarded him his first ever Championship’s medal with silver.

Deng led with her first lift of 132kg and nobody could catch up as she secured gold with 140kg, 7kg heavier than her winning lift at the Tokyo 2020 Paralympics.

Xuemei Deng wins the women’s over 86kg category with a 140kg lift.

She adds the Worlds gold to the Paralympic title won in 2021! 👏#Tbilisi2021 | #ParaPowerlifting | @Paralympics | @asianparalympic pic.twitter.com/VrRFeMjaOz

"I feel excited and I’m enjoying this moment," said Deng.

"After the Tokyo Paralympic Games, I had two months of rest, so I think this result was not very good for me.

"Nevertheless, I am very happy."

Irina Sadovnikova of the RPC pushed Deng all the way as she pulled off a lifetime best lift of 136kg to seal silver.

Perla Barcenas of Mexico was just 1kg behind Sadovnikova as she earned bronze.

Solhipouravanji retained his world crown with a lift of 225kg.

Competition is due to continue tomorrow with the finals of the men’s over-107kg category.