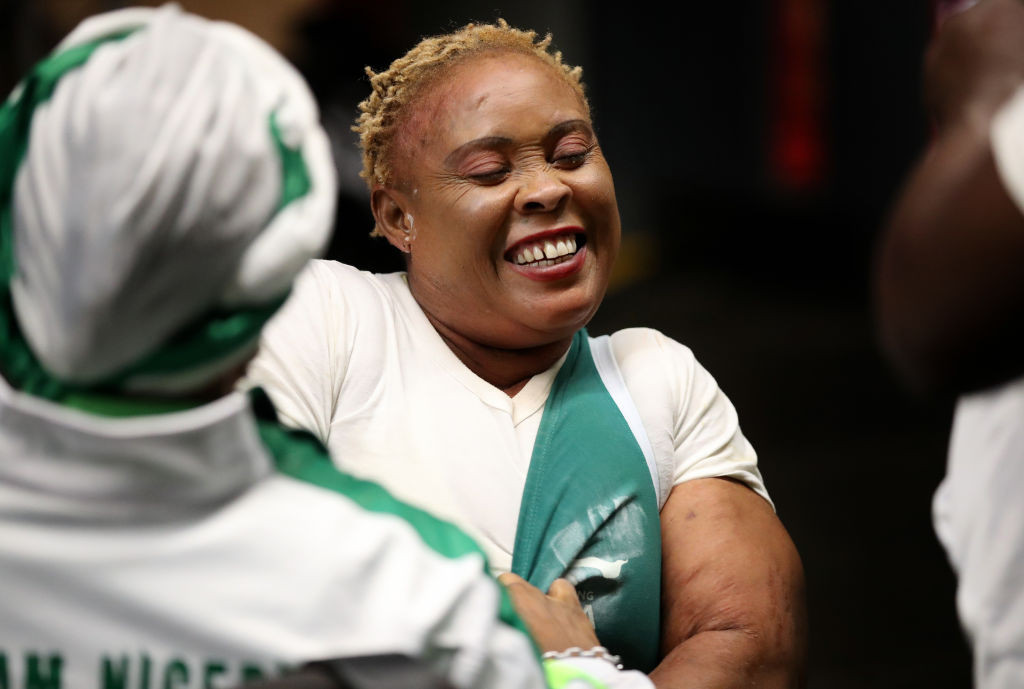 Paralympic champion Bose Omolayo of Nigeria broke the world record in the women's up-to-79 kilograms category to claim victory at the World Para Powerlifting Championships in style in Tbilisi.

Omolayo dethroned defending champion Han Miaoyu of China after lifting 142kg, before she added another 2kg with her final attempt to break the world record.

Vera Muratova of the Russian Paralympic Committee took silver on 136kg, while Han was forced to settle for bronze having managed 131kg.

Omolayo was one of two Paralympic gold medallists from Tokyo 2020 to clinch a world title today as Malaysia’s Bonnie Gustin topped the podium in the men's up-to-76kg division.

Gustin retained his world crown with a best attempt of 210kg in a resounding triumph for the Malaysian lifter.

China's Peng Hu was 14kg adrift of Gustin in silver-medal position, with bronze going to Ibrahim Shabban of Egypt.

Peng's compatriot Xu Lili regained her world title in the women's up-to-73kg competition as she avenged the defeat she suffered to Brazil’s Mariana D’Andrea at the Tokyo 2020 Paralympics.

Xu, who claimed silver behind D'Andrea in the Japanese capital, lifted 138kg to break her own Asian record.

Andrea finished 3kg short and had to settle for silver, while Kafila Almaruf earned bronze for Nigeria on 130kg.

The Championships in the Georgian capital continue tomorrow, when a further two weight categories are due to be contested.

TOP STORY: Softball Australia membership up by 2.5 per cent following decline since 1996