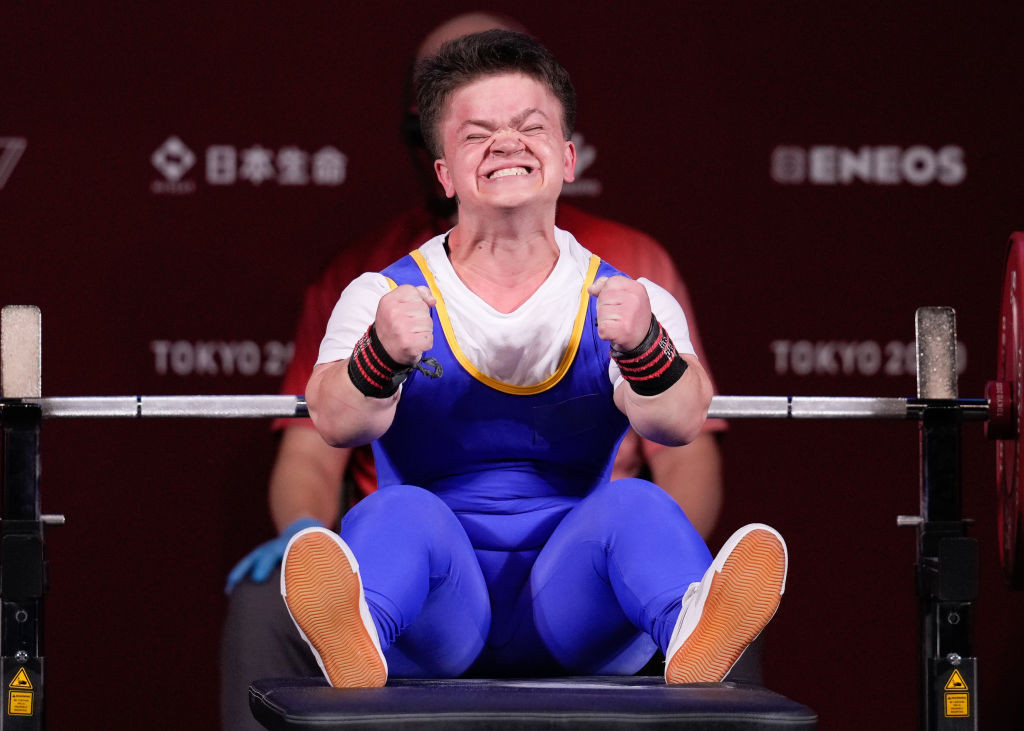 Paralympic gold medallist Mariana Shevchuk of Ukraine broke her own world record on her way to a dominant victory at the World Para Powerlifting Championships in Tbilisi.

Shevchuk added the world under-55 kilograms crown to her Paralympic title with a best lift of 133.5kg.

The bronze medal was claimed by Tamara Podpalnaya of the Russian Paralympic Committee.

"We planned to do it at the Paralympic Games in Tokyo but we couldn’t, so we did it here," Shevchuk said.

"It is a very successful year for me and I’m so happy inside but it’s impossible to show my expression right now on my face but I’m very happy inside."

Egypt’s Sherif Osman, one of the highest-profile names in the sport, clinched his fifth world title after topping the podium in the men's up to 54kg competition.

Sherif Osman stole the show, but what to say about this guy as well.

Osman lifted 195kg to take gold ahead of El Salvador’s Herbert Aceituno, who earned silver after achieving a total of 183kg.

Aceituno made history as the first athlete from El Salvador to win a medal at the World Para Powerlifting Championships.

A lift of 182kg was enough to give Chile's Juan Carlos Garrido the bronze.

Mexico’s Amalia Perez, the Paralympic champion, secured her fourth World Championship gold medal by winning the up to 61kg category.

Perez saved her best until last, sealing gold after lifting 132kg with her final attempt.

Onyinyechi Mark of Nigeria fell agonisingly short in her pursuit of the world title as she was forced to settle for silver on 131kg.