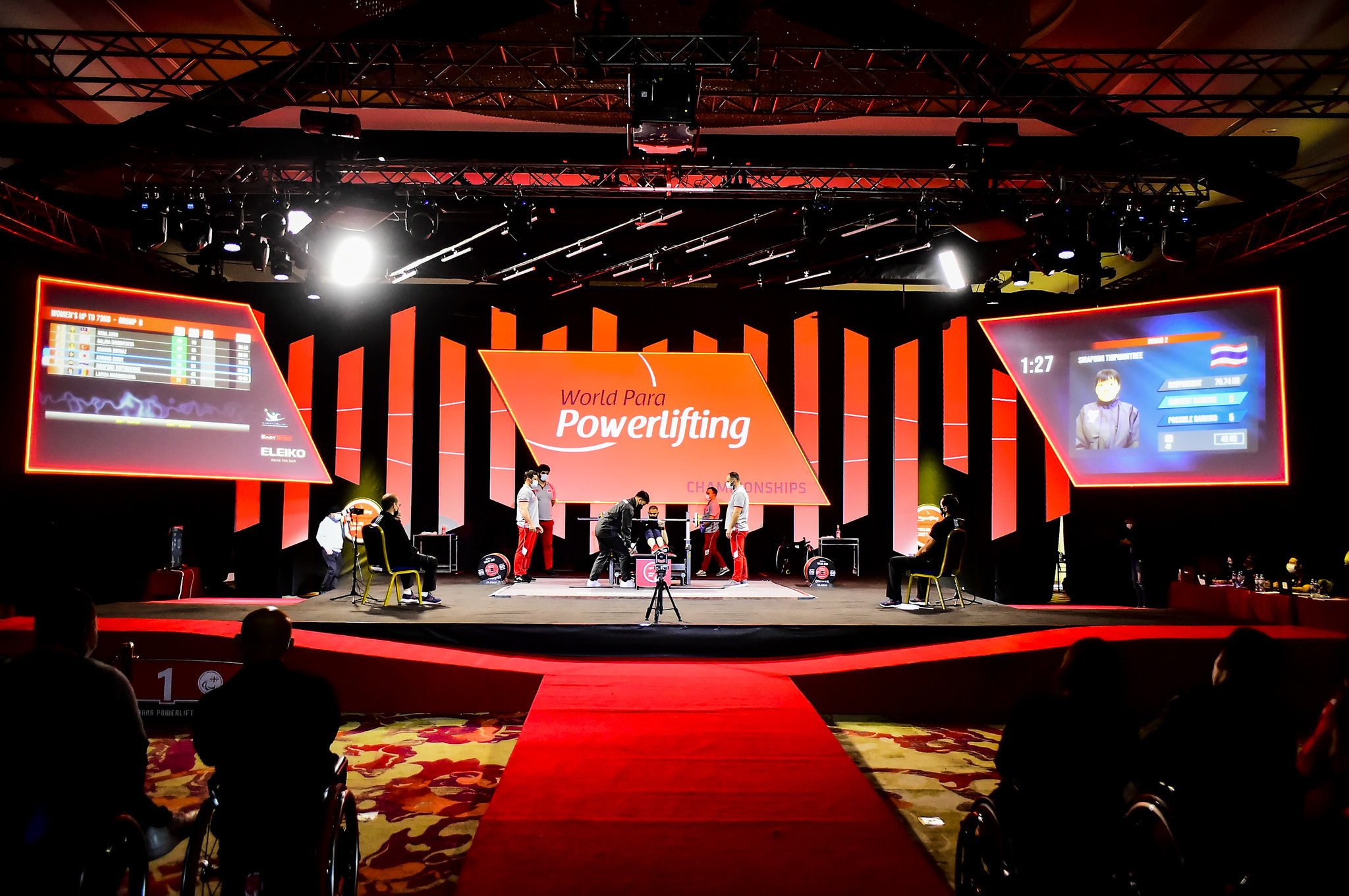 The two powerlifters battled for gold in the men’s up-to-80 kilograms event at the Hotels and Preference Hualing Tbilisi.

Gu and Rostami both achieved a lift of 230kg in the third round of the competition.

Gu clinched gold in the event due to his lighter bodyweight, with Tokyo 2020 gold medallist Rostami left settling for silver.

Egypt’s Mohamed Elelfat finished as the bronze medallist with a best lift of 217kg.

Oluwafemiayo effectively sealed victory with her opening lift of the competition by achieving a weight of 140kg, which none of her rivals were able to match.

She subsequently lifted 144kg and 148kg in the remaining rounds to seal a third world title.

Folashade Oluwafemiayo of 🇳🇬 lifts 152,5kg in the ‘power lift’ to break the world record!

An additional round allowed Oluwafemiayo to attempt her fourth world record attempt of the year.

She was successful with an effort of 152.5kg to improve her own record.

China’s Feifei Zheng finished as the runner-up, ending the competition with a lift of 133kg.

Zheng was narrowly clear of Ukraine’s Nataliia Oliinyk, who won bronze on 132kg.

Competition will continue tomorrow in the Georgian capital with the women’s over-86kg division one of three events taking place.

The men’s up-to-88kg and 97kg events will also take place.