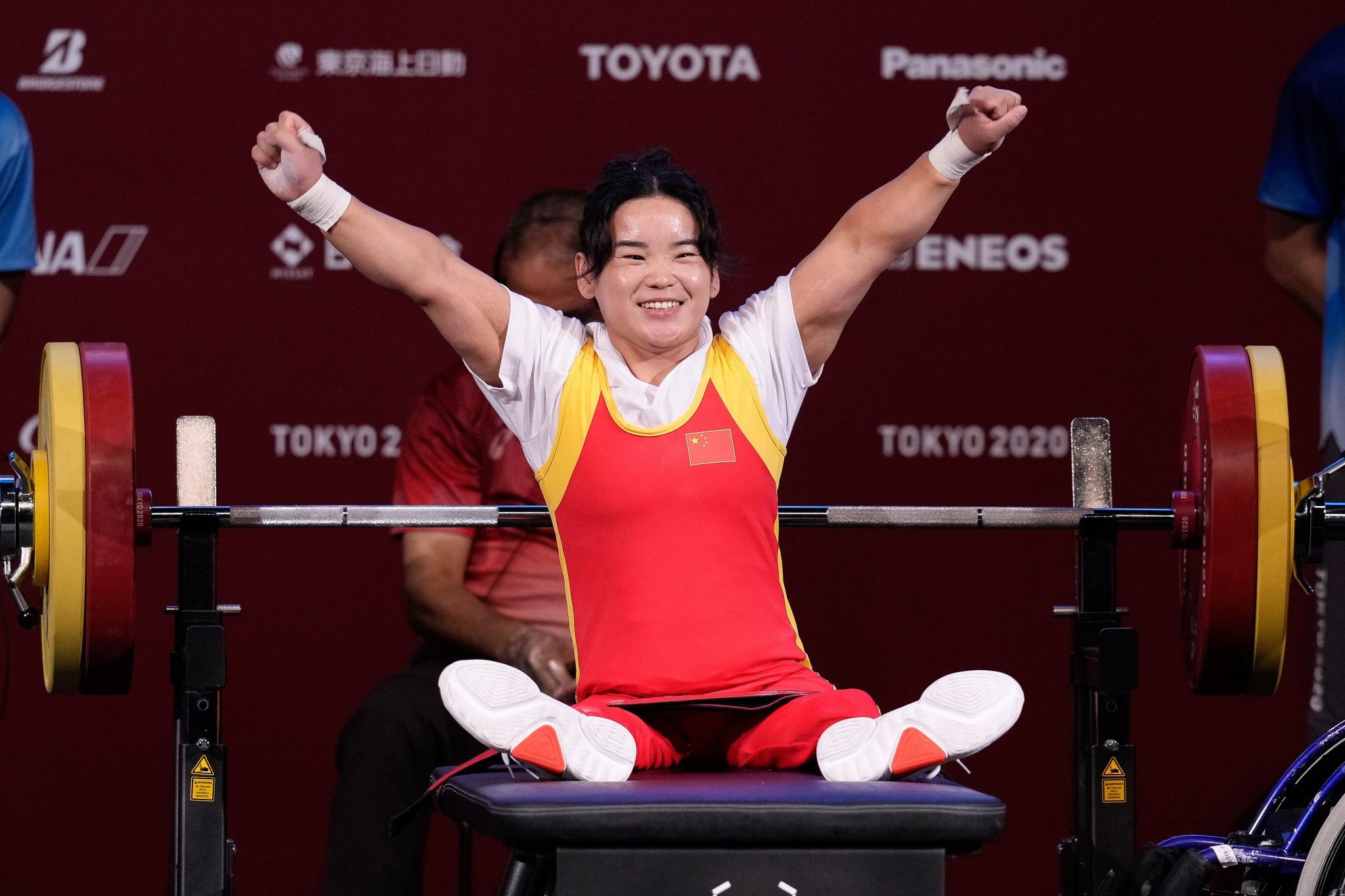 Van Cong, the 2017 world champion, entered the final round in top position with a lift of 170kg, piling the pressure on Qarada.

But Qarada summoned all his strength to lift 174kg to win the gold - 11 years after he first won the title.

"Sometimes I have pain, I have many things, so when I got that gold medal everything was finished," said Qarada.

It was a momentous moment for Parmjeet Kumar whose 158kg bronze medal lift entered the history books as India’s first ever senior medal at a World Championships.

Guo asserted her dominance with an impressive opening lift of 105kg which was enough to seal victory, but she continued to add more weights.

🔊 When you are struggling, look at this quote from the new men’s up to 49kg category world champion.

The Chinese athlete equalled her own world record set at the Tokyo 2020 Paralympics with 109kg before bettering that with 109.5kg.

"I am happy and excited about this result. I just wanted to express my ordinary exercise and do it better," said Guo.

China captured another gold courtesy of a dominant display from Cui Zhe in the women’s under-45kg.

Zhe sealed gold with 103kg, nine kilograms clear of Britain’s Zoe Newson who claimed silver, while Marina Beketova of the Russian Paralympic Committee held on to third place thanks to a press of 90kg.

Competition is due to continue tomorrow with the men’s under-54kg and women’s under-50kg categories.