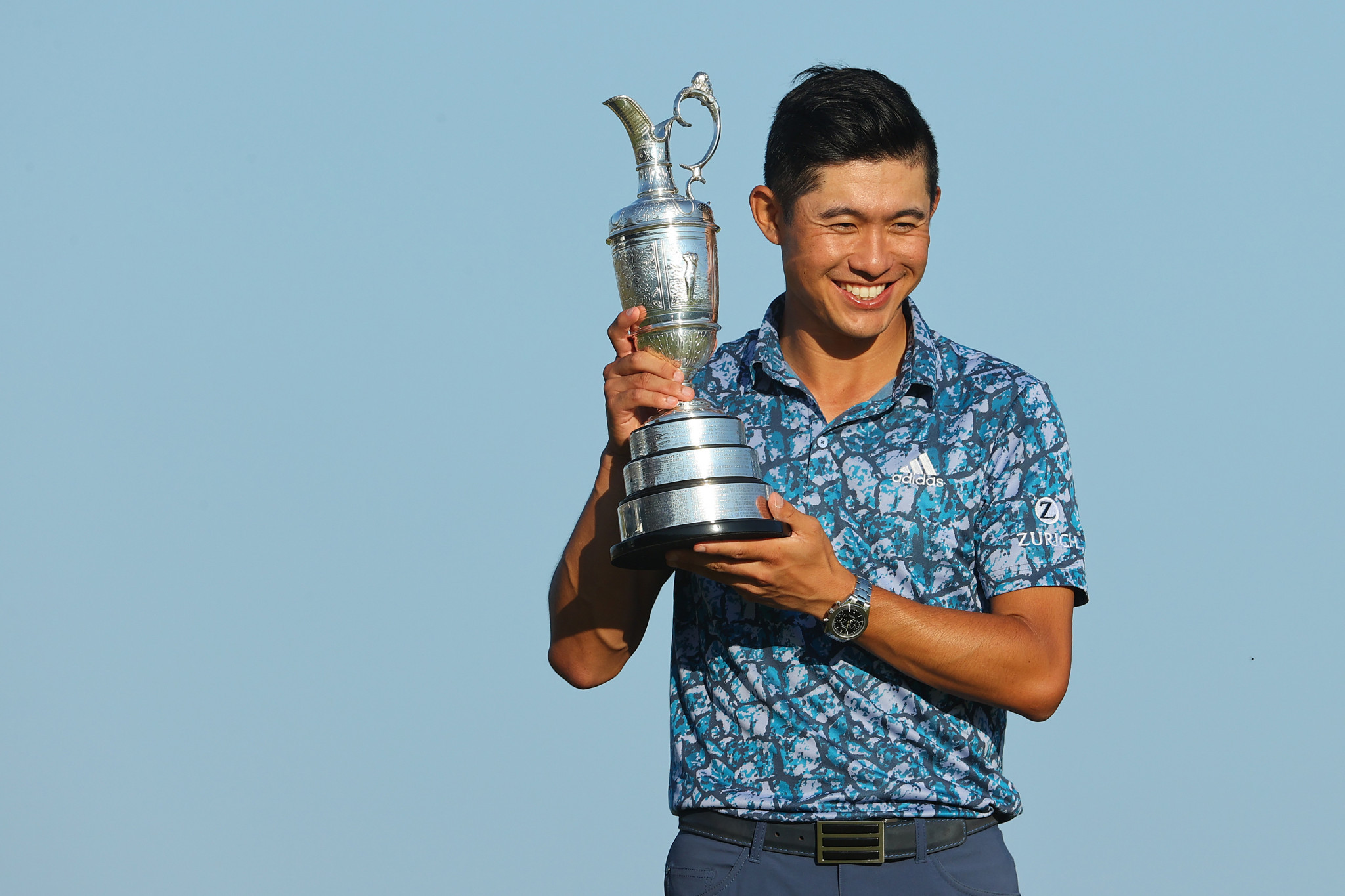 Collin Morikawa produced a brilliant final round of 66 to win a first Open title at Royal St George's in Kent and his second major.

Playing in the final pairing, the 24-year-old went bogey-free and moved to 15 under par for the tournament to win by two shots from Jordan Spieth.

Morikawa made another birdie on the 14th hole to move to four under par for his round and 15 under overall, and from there held his nerve with more spectacular iron play and calm putting.

The United States' Morikawa sets a series of records with the win, including becoming the first man to win two different majors on debut.

Morikawa won the 2020 PGA Championship in what was just his second major appearance, and with last year's Open cancelled because of the coronavirus pandemic, this was Morikawa's first appearance at the sole British major.

He joins American icon Tiger Woods as only the second player to win The Open and the PGA Championship before turning 25, and is the first player to since 1934 to win two majors in his first eight appearances.

"This is by far one of the best moments on by life," Morikawa said after being handed the Claret Jug.

Spieth, also of the US, like Morikawa shot a four-under 66 and finished alone in second place, 13 strokes under par.

The result means Rahm returns to world number one.

Oosthuizen has finished in the top three at each of the last three majors, but his wait for a first win since lifting the Claret Jug in 2010 continues.

Another South African, Dylan Frittelli, was fifth on nine under, and American Brooks Koepka - who with 65 shot the best round of the day - finished in a tie for sixth on eight under.

Once the celebrations are over, Morikawa's attention will turn to the Olympic Games - where he is due to play in the men's golf tournament, which begins on July 29 at Kasumigaseki Country Club.