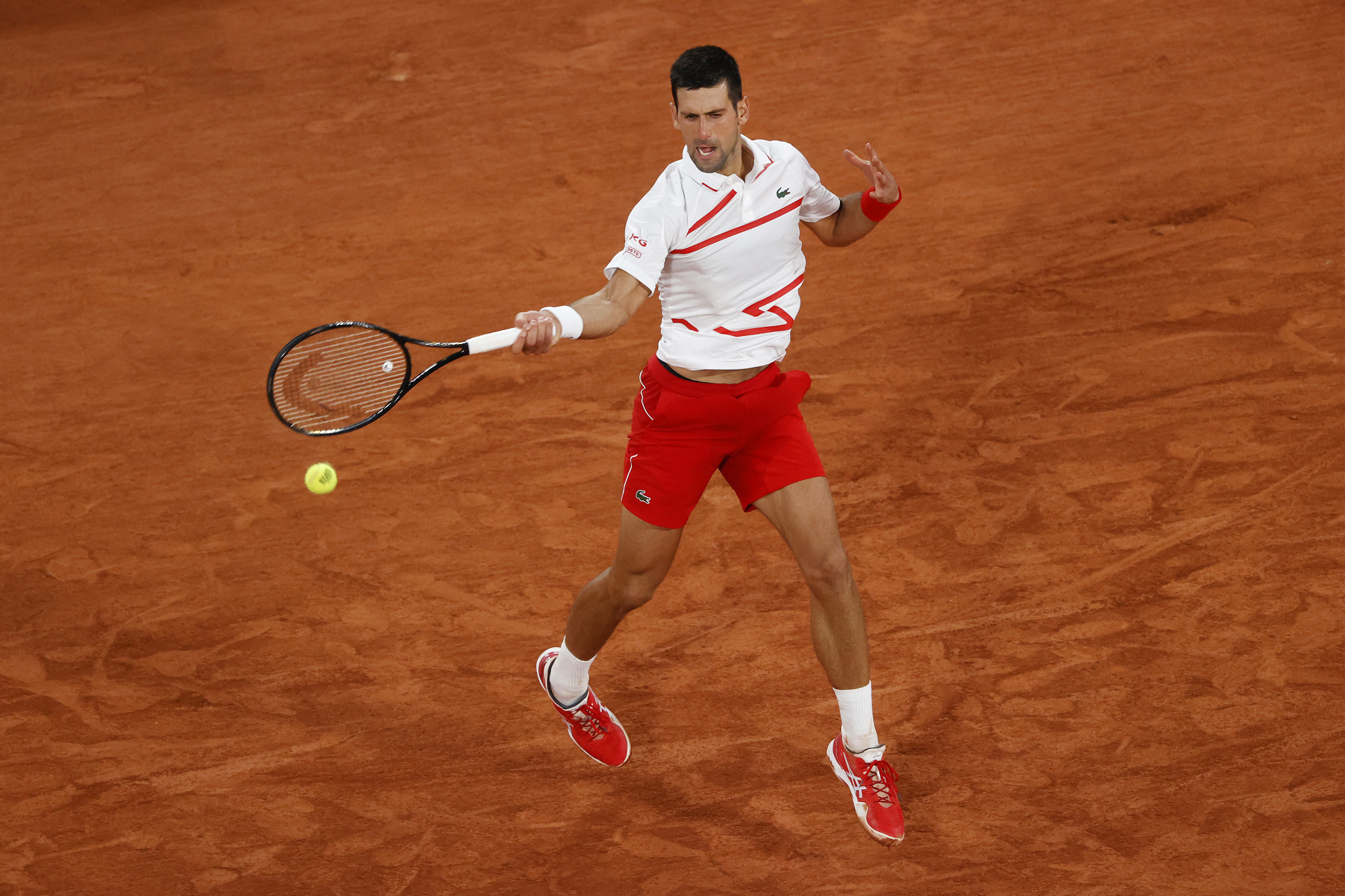 Men's top seed Novak Djokovic enjoyed a straightforward win as the first round of the men's and women's singles concluded at the French Open in Paris.

The Serbian, playing in his first Grand Slam match since he was disqualified from the US Open after accidentally striking a line judge with a ball that he hit in frustration, dropped just five games as he beat Sweden's Mikael Ymer 6-0 6-2 6-3.

On the third day of the tournament on the clay courts of Roland Garros, matches in the men's draw went to form as all the top seeds progressed.

Stefanos Tsitsipas, the fifth seed, had to do it the hard way coming from two sets down to beat Spain's Jaume Munar.

Among the other winners in the men's draw on day three were Andrey Rublev, the 13th seed, who battled to a five-set win over American Sam Querrey.

On the women's side, all the top seeds also advanced but were given some scares along the way.

In the first match of the day second seed Karolina Pliskova of the Czech Republic battled back from a set down to beat Grand Slam debutant Mayar Sherif of Egypt.

Pliskova squandered eight set points on the way to losing the first set on a tie-break before upping her game to record a 6-7 6-2 6-4 victory.

Fourth seed Sofia Kenin of the United States was also taken the distance before overcoming Ludmilla Samsonova of Russia 6-3 3-6 6-3.

Among the other seeds to advance were Belarusian Aryna Sabalenka, the eighth seed, who beat American Jessica Pegula 6-3 6-1, Elena Rybakina of Kazakhstan, the 14th seed, who beat Sorana Cirstea of Romania 6-0 6-3 and 13th seed Petra Martic of Croatia who won a tight tussle with Japan's Misaki Doi 7-6 7-5.

The biggest upset of the day on the women's side was the elimination of US Open semi-finalist and 21st seed Jennifer Brady of the United States.

Brady was defeated 6-4 3-6 9-7 by 17-year-old Danish qualifier Clara Tauson in a match that lasted for two hours and 45 minutes.

Second round action will get underway tomorrow with Serena Williams and Rafael Nadal among the high-profile names in action on Court Philippe Chatrier and Simona Halep and Dominic Thiem among the big names competing on Court Suzanne Lenglen.