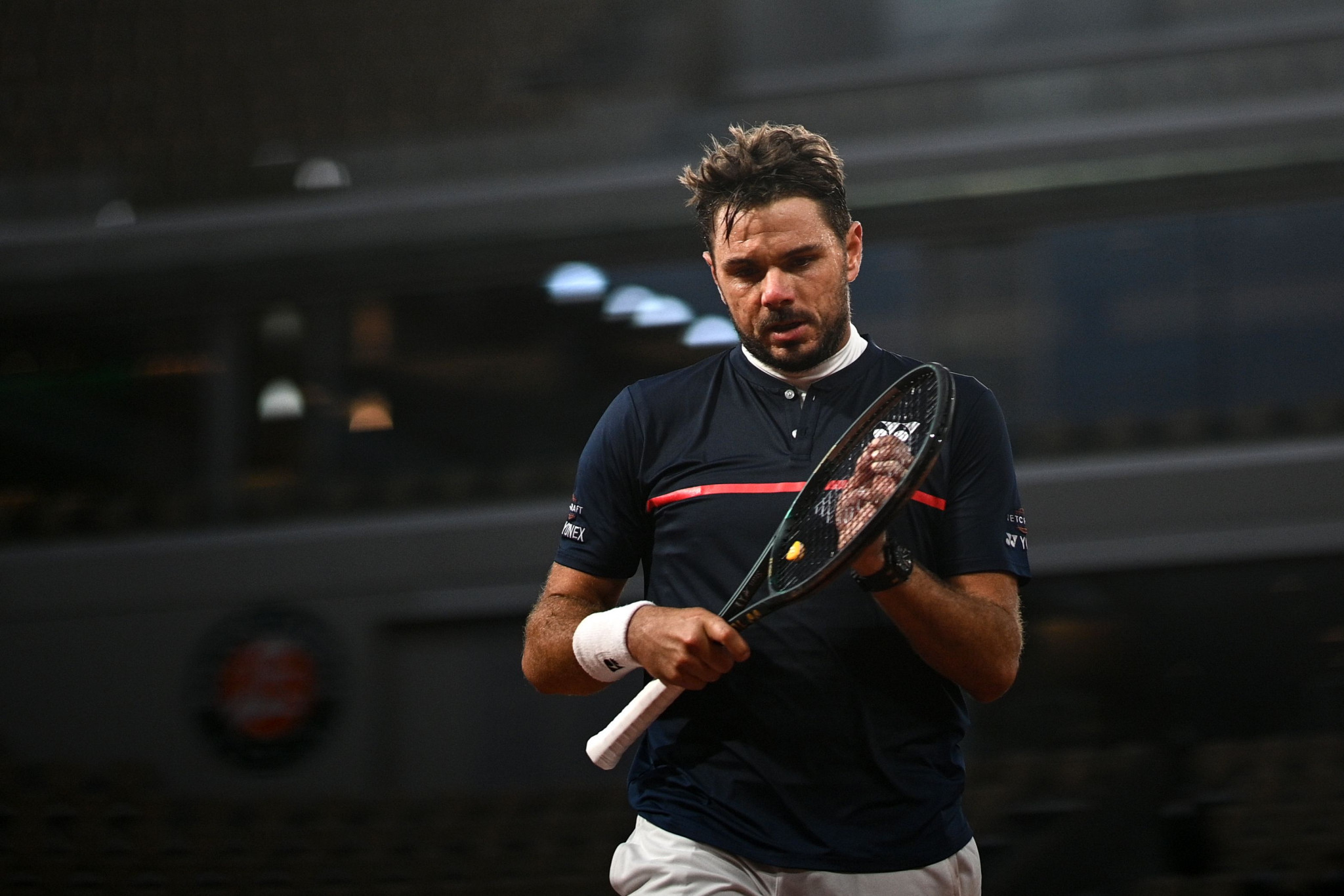 Switzerland's Stan Wawrinka came out on top in a meeting of two former Grand Slam winners in the first round of the French Open in Paris, beating Andy Murray in straight sets.

Both players are far removed from the form that brought them those titles, and 16th seed Wawrinka recently split from his coach of eight years, Magnus Norman.

Murray, Britain's back-to-back Olympic champion, has been hobbled by injuries in recent years.

Wawrinka was able to break Murray in fairly comfortable fashion, taking the win in 6-1, 6-3, 6-2.

Returning from a positive COVID-19 test which saw him miss the US Open - and unseeded - Nishikori was off the pace in the first set, losing 6-1.

Yet he hit back, winning the next two, before Evans won the fourth.

The biggest shock of the day came in an early match as the 11th seed, Belgium's David Goffin, lost in straight sets to Italian teenager Jannik Sinner.

It was Sinner's French Open debut, yet he was victorious in less than two hours.

Australian 25th seed Alex de Minaur was another to crash out, also losing to an unseeded Italian.

Germany's Alexander Zverev, who was the runner-up at the US Open earlier this month, got his tournament underway with a straight-sets win.

In the women's singles, Romanian top seed Simona Halep made quick work of Spain's Sara Sorribes Tormo in a 6-4, 6-0 victory.

Halep was victorious at Roland Garros in 2018 and last year's champion, Ashleigh Barty of Australia, is absent this year due to coronavirus concerns.

Plans had been in place to allow 11,500 spectators to watch the tennis each day, but this was cut to 5,000 and then reduced further to 1,000 as the number of COVID-19 cases, hospitalisations and deaths rose dramatically in France.

Most spectators headed to Court Philippe Chatrier, the only covered by a roof, and numerous players have complained about the cold conditions in the French capital.

Belarus' 10th seed Victoria Azarenka let the rain put a bit of a dampener on her day, but did defeat Montenegro's Danka Kovinić 6-1, 6-2.

Azarenka was unhappy about having to sit outside while waiting for rain to subside instead went inside with Kovinić as play was suspended.

"It's too cold, it's eight degrees, I live in Florida," said US Open runner-up.

"This is getting a little ridiculous, I'm not waiting."

Britain's Johanna Konta was the highest-ranked player to exit the tournament today, falling in straight sets to 16-year-old Coco Gauff.

The American, who was making her debut in the French Open's main draw, was a 6-3, 6-3 victor to claim the fourth top-20 win of her career.