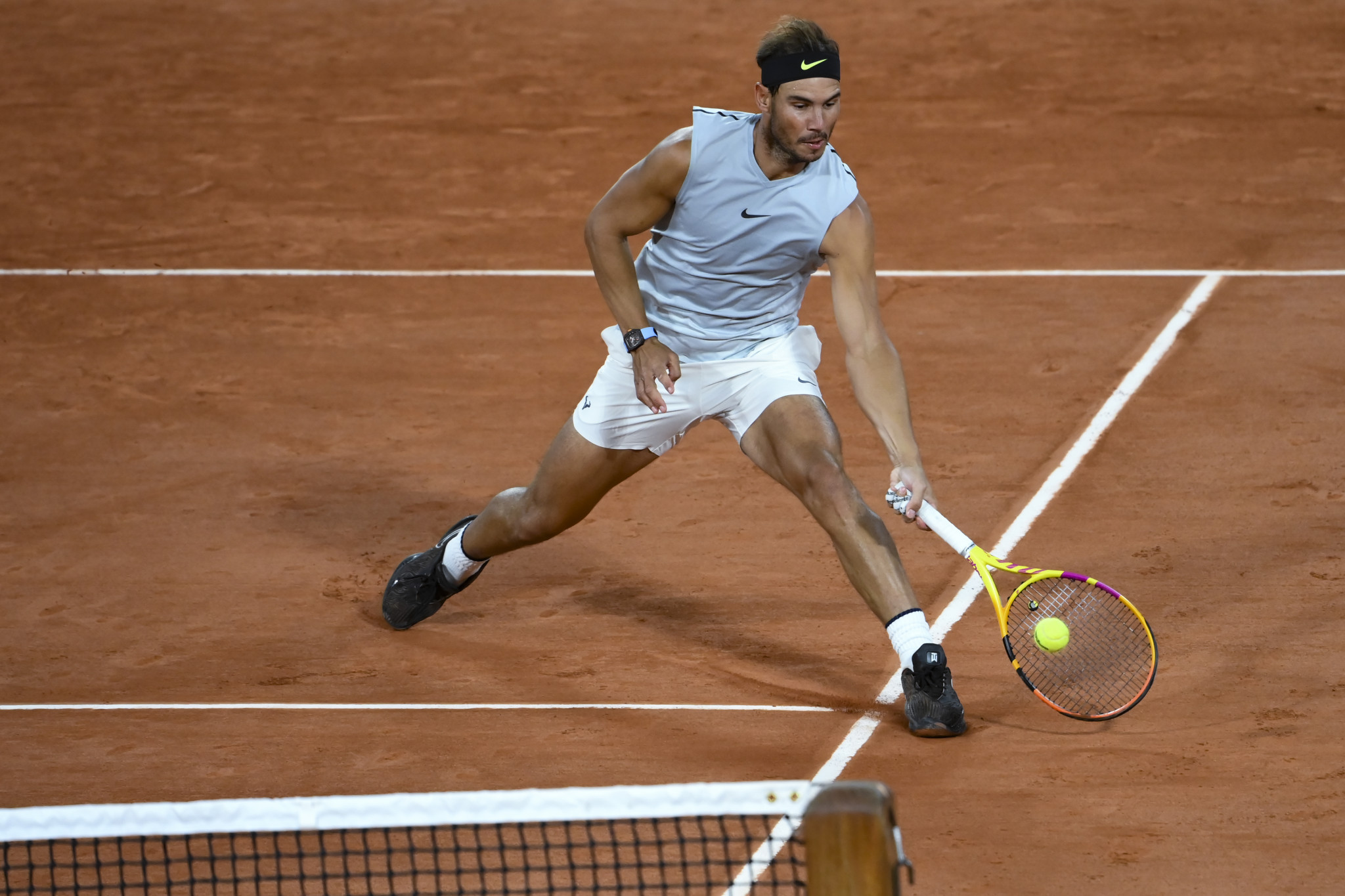 Rafael Nadal and Simona Halep are considered the favourites to win the respective men's and women's titles at the French Open, which gets underway in Paris tomorrow.

The Spaniard has downplayed his chances of winning at Roland Garros, however, claiming the cold conditions in the French capital are "a little bit extreme".

Competition was due to take place from May 24 to June 7, but was postponed as a result of the coronavirus pandemic.

Nadal also voiced his unhappiness at the decision to change the official ball.

"Conditions probably are the most difficult conditions for me ever in Roland Garros for so many different facts," he said, as reported by The Guardian.

Nadal, who decided not to compete at this month's US Open due to the global health crisis, is set to play his opening match against Egor Gerasimov of Belarus on Monday (September 28).

Lying in his path to the final could be Italy's Fabio Fognini in the fourth round, followed by Germany's sixth seed Alexander Zverev, who was defeated in the US Open final by Dominic Thiem of Austria.

Seeded third, Thiem is up against Marin Čilić of Croatia in the first round.

Top seed Novak Djokovic will aim to recover from his shock dismissal from the US Open, with the Serbian playing Mikael Ymer of Sweden first.

Djokovic did win the Italian Open on clay earlier this week.

In the women's contest, Halep headlines a top half of the draw which also contains American Serena Williams, US Open runner-up Victoria Azarenka of Belarus, Elina Svitolina of Ukraine and Dutch player Kiki Bertens.

The Romanian top seed is due to begin her campaign for a second French Open title against Sara Sorribes Tormo of Spain tomorrow.

Czech player Karolína Plíšková is the women's second seed and plays Egypt's Mayar Sherif in the opening round.

The French Open is set to begin against the backdrop of the coronavirus pandemic, with only 1,000 spectators set to be allowed to enter Roland Garros.

Plans had been in place to allow 11,500 spectators, but this was cut to 5,000 and then reduced again as the number of COVID-19 cases, hospitalisations and deaths rose dramatically in France.

Players must stay in designated hotels and are only allowed to compete when they have returned a negative test for COVID-19.

Earlier this month, world number one Ashleigh Barty announced she would not be defending her women's singles title in Paris due to coronavirus concerns.

Competition is scheduled to run until October 11, when the men's final is set to take place.

The women's final is due to be held on October 10.