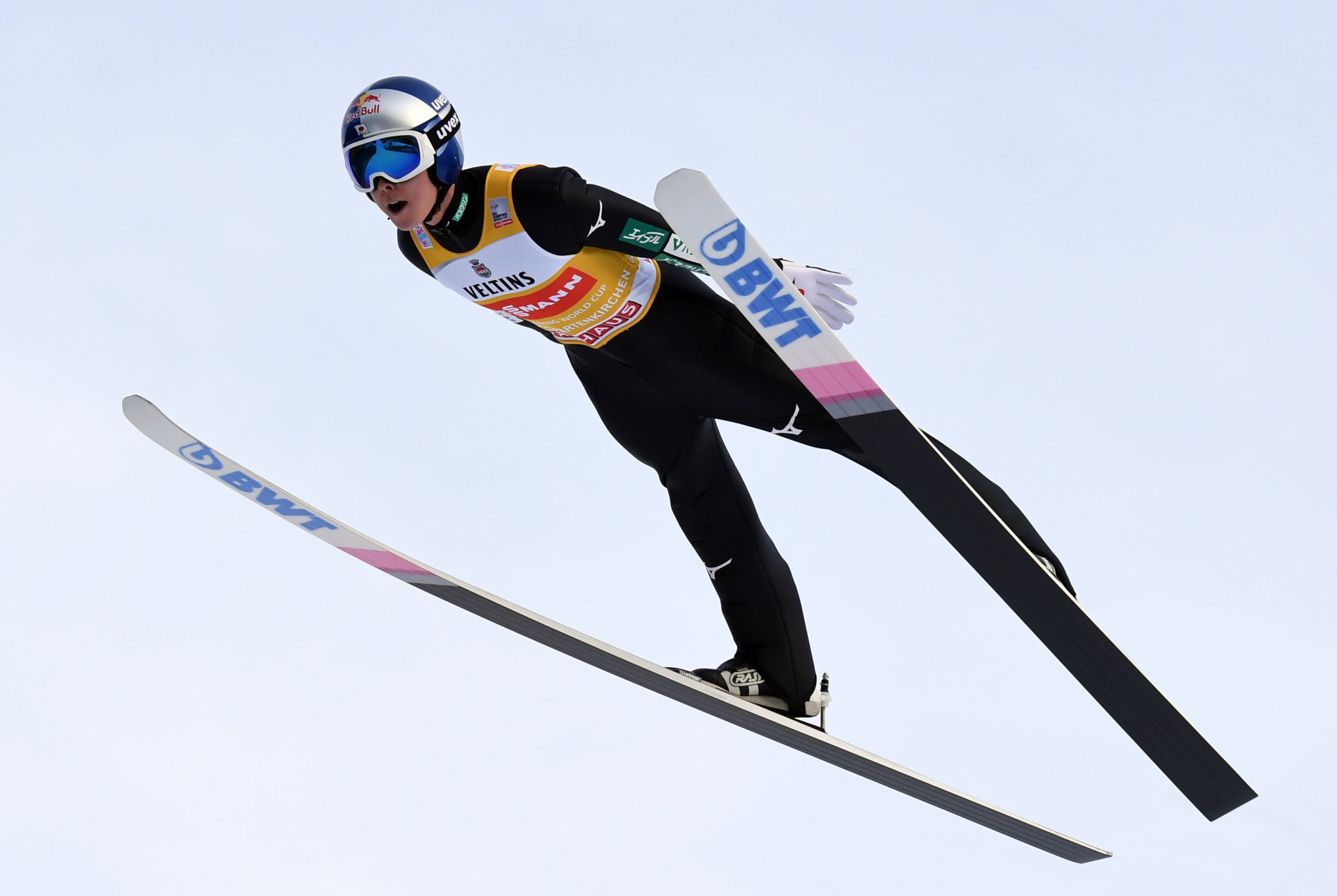 The International Ski Federation Ski Jumping World Cup season is set to resume tomorrow with the third part of the Four Hills Tournament in Innsbruck.

Qualification on the Austrian city's "Bergisel" Jumping Hill is due to take place tomorrow before competition is held on Saturday (January 4).

Ryoyu Kobayashi currently leads the Four Hills Tournament standings with 587 points, despite his unbeaten streak dating back to 2018 coming to an end in German town Garmisch-Partenkirchen yesterday.

The Japanese jumper secured a clean sweep in last season's Four Hills Tournament and topped the podium in the opening event of the new campaign, in Oberstdorf, on Sunday (December 29).

However, he could only manage a fourth-place finish in Garmisch-Partenkirchen, where Norway's Marius Lindvik triumphed ahead of home favourite Karl Geiger and Poland's Dawid Kubacki.

Geiger is six points behind Kobayashi in the Four Hills Tournament standings with 581.

Kubacki is a further two points back in third, while Lindvik is 19 points off the pace in fourth.

The fourth and final part of the Four Hills Tournament is scheduled for January 5 and 6 in Austrian town Bischofshofen.