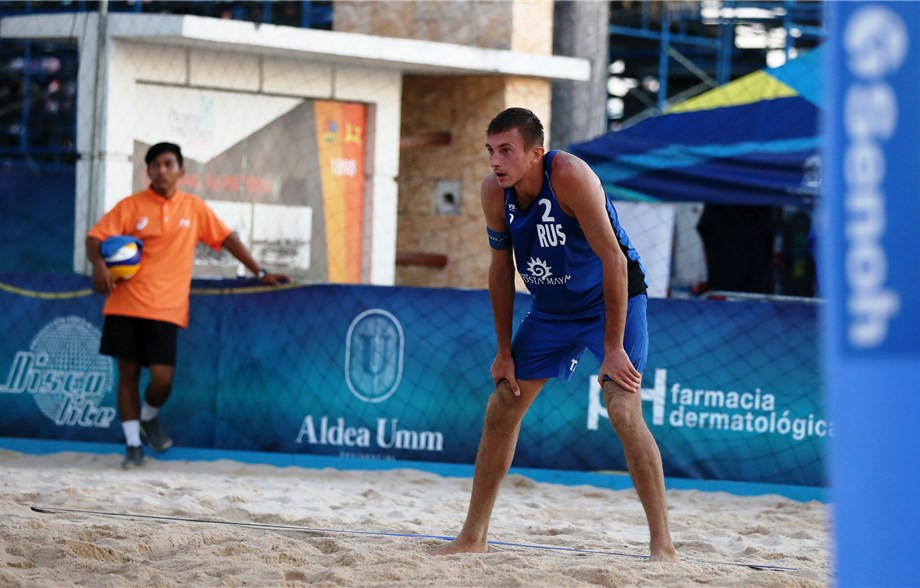 Veteran Liamin finished fifth at the Rio 2016 Olympics and teamed up with 23-year-old Myskiv in May following a strong campaign last year.

So far the duo have enjoyed three fifth-place finishes and they began their Mexican assault on the four-star Beach World Tour event with an 18-21, 21-18, 15-13 victory against Dries Koekelkoren and Tom van Walle from Belgium.

"It's been amazing to play with him,” Myskiv said ahead of the tournament at Plaza Bicentenario.

"He’s [Liamin] got experience in the Olympics and the World Championships and has also been pretty successful in his indoor career.

"He's always talking with me during training sessions and matches and I feel that it helps me a lot to improve."

The Russians will take on German pair Nils Ehlers and Lars Flüggen tomorrow in their second Pool G match.

Seixas and Berti had earlier defeated Canadian qualifiers Julie Gordon and Shanice Marcelle 21-16, 21-15, with Day and Flint overcoming Ksenia Dabizha and Daria Rudykh from Russia by the same scoreline.

The third seeds lost the opening set against the Americans in their bid to top the pool, but fought back for a 16-21, 21-18, 22-20 triumph to remain unbeaten.

There was also an opening victory for Japanese pair Miki Ishii and Megumi Murakami.

They scored a first Pool B win, 21-14, 21-19 against Kim Behrens and Cinja Tillmann from Germany.