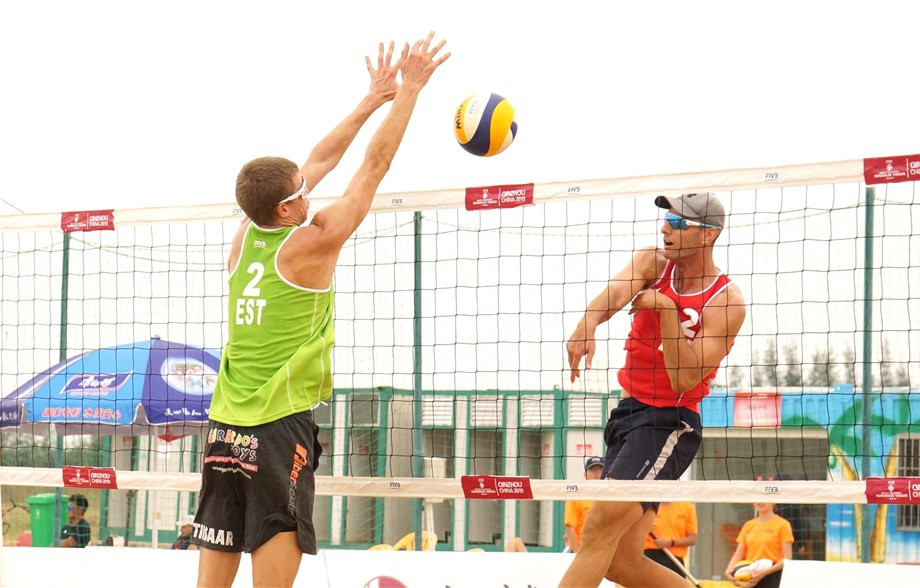 Cesar Menendez and Alejandro Huerta defeated Kusti Novak and Mart Tiisaar of Estonia to reach the round of 16 at the International Volleyball Federation (FIVB) Beach World Tour in Qinzhou.

"We are very happy because we played well in this tough match," Huerta said.

"It's important for us and we are happy to make it to the next round.

"I think the key was we played a good side-out game in difficult moments that kept our concentration and fight."

Four other European pairs advanced to the next round in the men's competition, with French duo Quincy Aye and Arnaud Gauthier-Rat and Denmark's Martin Trans Hansen and Kristoffer Abell winning in straight sets, and the Netherlands' Ruben Penninga and Jasper Bouter and Russia's Ruslan Bykanov and Alexander Likholetov claiming victories in three sets.

Also moving to the next round are Miles Evans and Ryan Doherty of the United States, Australia's Cole Durant and Damien Schumann, and China's Gao Peng and Li Yang.

In the women's competition, two Chinese pairs eased into the round of 16.

Top-seeded Wang Fan and Xia Xinyi registered their second win in Pool A with a 21-15, 21-11 triumph over Vanuatu’s Miller Pata and Sherysyn Toko.

Their compatriots Wang Xinxin and Xue Chen prevailed against Emily Stockman and Kelley Larsen of the US 21-14, 19-21, 15-10 to reign in Pool G.

"The key to our victory in this match was the variety in our plays," said Xue.

"It's like before that we would just hit and serve hard.

"This time, we would have a variety on our attacks with strong spikes or a drop shot.

"This wasn't our style before but I think this made a difference."

American pairs Brooke Sweat and Kerri Walsh Jennings, Kelly Claes and Sarah Sponcil, and Sara Hughes and Summer Ross all posted straight-set victories to reach the next stage of competition.

The round of 16 and quarter-finals are scheduled for tomorrow.