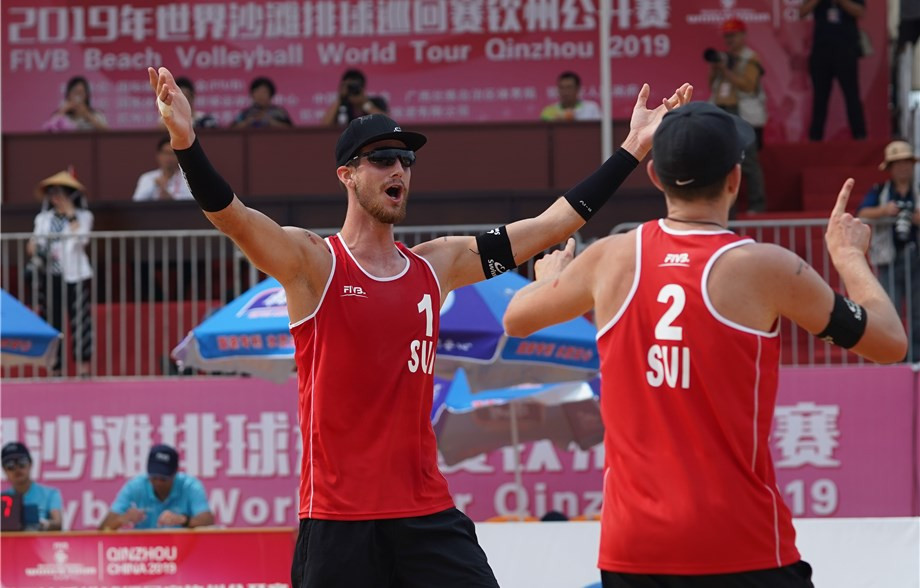 The Swiss pair eased past Quincy Aye and Arnaud Gauthier-Rat of France 21-18, 21-12 to progress at Maowei Sea Gold Beach.

"We did not set-up well in the first set but that was normal, then we came closer and in the end I think we were the better team,” Gerson said.

"The second set was also not easy.

"We did a lot of pressure on serve and block-defence.

"That was the key to get that set clearly."

Heidrich and Gerson are set to face Valeriy Samoday and Igor Velichko in the last four after the Russian duo defeated Miles Evans and Ryan Doherty of the United States 21-16, 21-14.

They will also face Russian opponents in Ruslan Bykanov and Alexander Likholetov, 11-21, 21-19, 15-10 victors against Martin Trans Hansen and Kristoffer Abell of Denmark.

There was an upset in the women's competition as Chinese top seeds Wang Fan and Xia Xinyi lost 21-17, 19-21, 15-13 to Karla Borger and Julia Sude of Germany.

Kerri Walsh Jennings and Brooke Sweat of the US overcame Amaranta Fernández Navarro and Angela Lobato Herrero of Spain 19-21, 21-13, 15-9.

The semi-finals of the 3-star event will take place tomorrow.