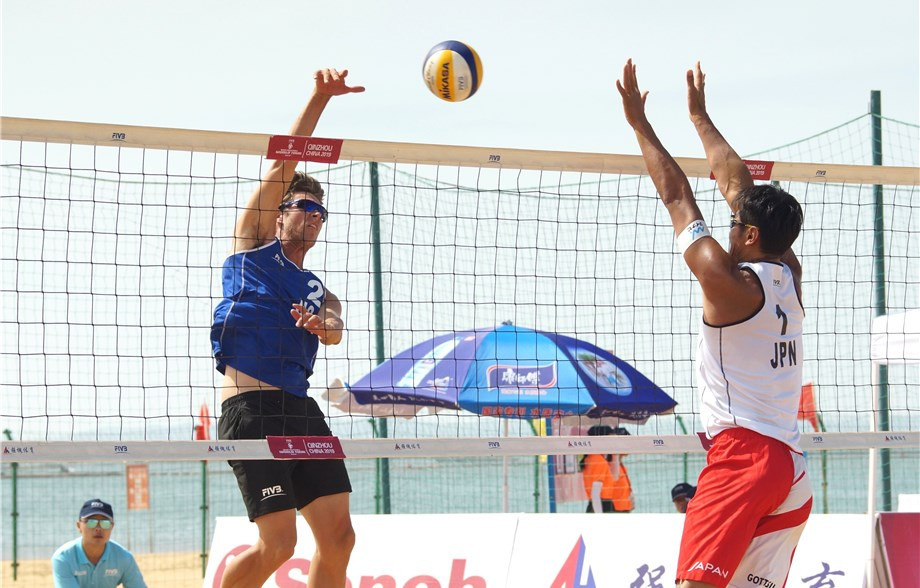 The Swiss pairing made it two wins from two at Maowei Sea Gold Beach in the 3-star event, with victory against Jan Dumek and Vaclav Bercik from Czech Republic.

Austrian pair Martin Ermacora and Moritz Pristauz won 21-12, 21-17 against Finnish team Jyrki Nurminen and Santeri Siren, as they secured their second win of the day in China.

They had fought back from losing the first set to win 14-21, 21-18, 15-12 against Brazilians Vinicius Rezende Costa Freitas and Hevaldo Sabino Moreira in Pool B.

There was a double victory for Japanese duo Takumi Takahashi and Yoshiumi Hasegawa.

In the women's draw, top seeds Wang Fan and XIa Xinyi had the home crowd cheering with a 21-15, 21-16 victory in Pool A against Diana Lunina and Svitlana Baburina from Ukraine.

Kerri Walsh Jennings and Brooke Sweat from the United States started their Qinzhou campaign with a 21-16, 21-16 triumph against Spaniards Daniela Alvarez and Tania Moreno in Pool C.