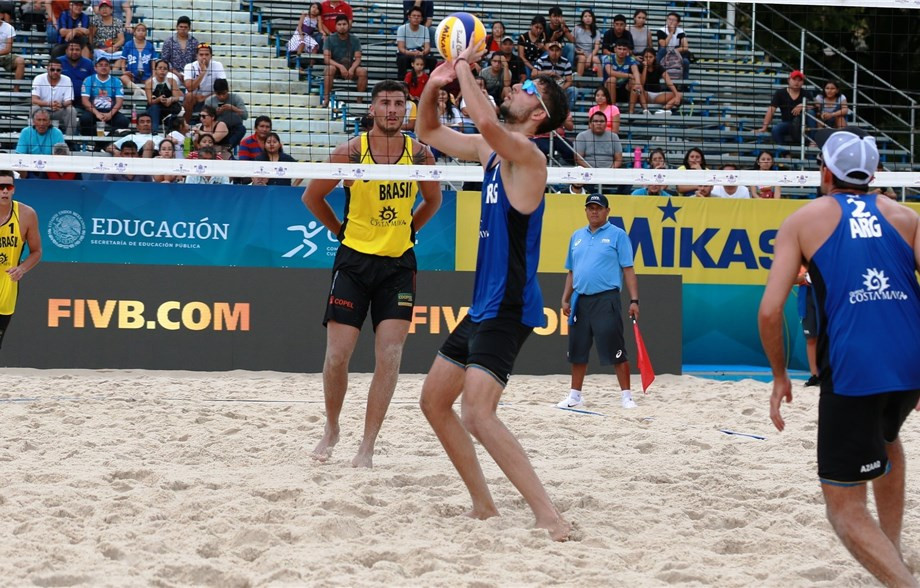 The pair came through 21-18, 21-18 as qualification matches were held on day one of the four-star Beach World Tour event.

Brazil is normally the South American force in beach volleyball but the tables were turned at Plaza Bicentenario.

"There's a big rivalry between the two countries regardless of the sport and it's always special to beat a Brazilian team, especially because they are among the best in the world in beach volleyball," Azaad said.

"It's funny because I feel that we normally play better against the Brazilians.

"And for us, to end the year in the main draw of a four-star, that means a lot."

In the women's draw there was joy for Canadians Shanice Marcelle and Julie Gordon who reached their first main draw after a year playing together.

They defeated Lezana Placette and Alexia Richard of France 21-18, 22-20 to secure their spot.

"I felt that we've improved a lot in the last two months," Gordon said.

"It's great that we are able to play in a four-star tournament and especially here in Mexico, which we love.

"We want to keep taking it one game at a time and appreciate being here.

"We'll work hard here so hopefully we can really enjoy a holiday in December."