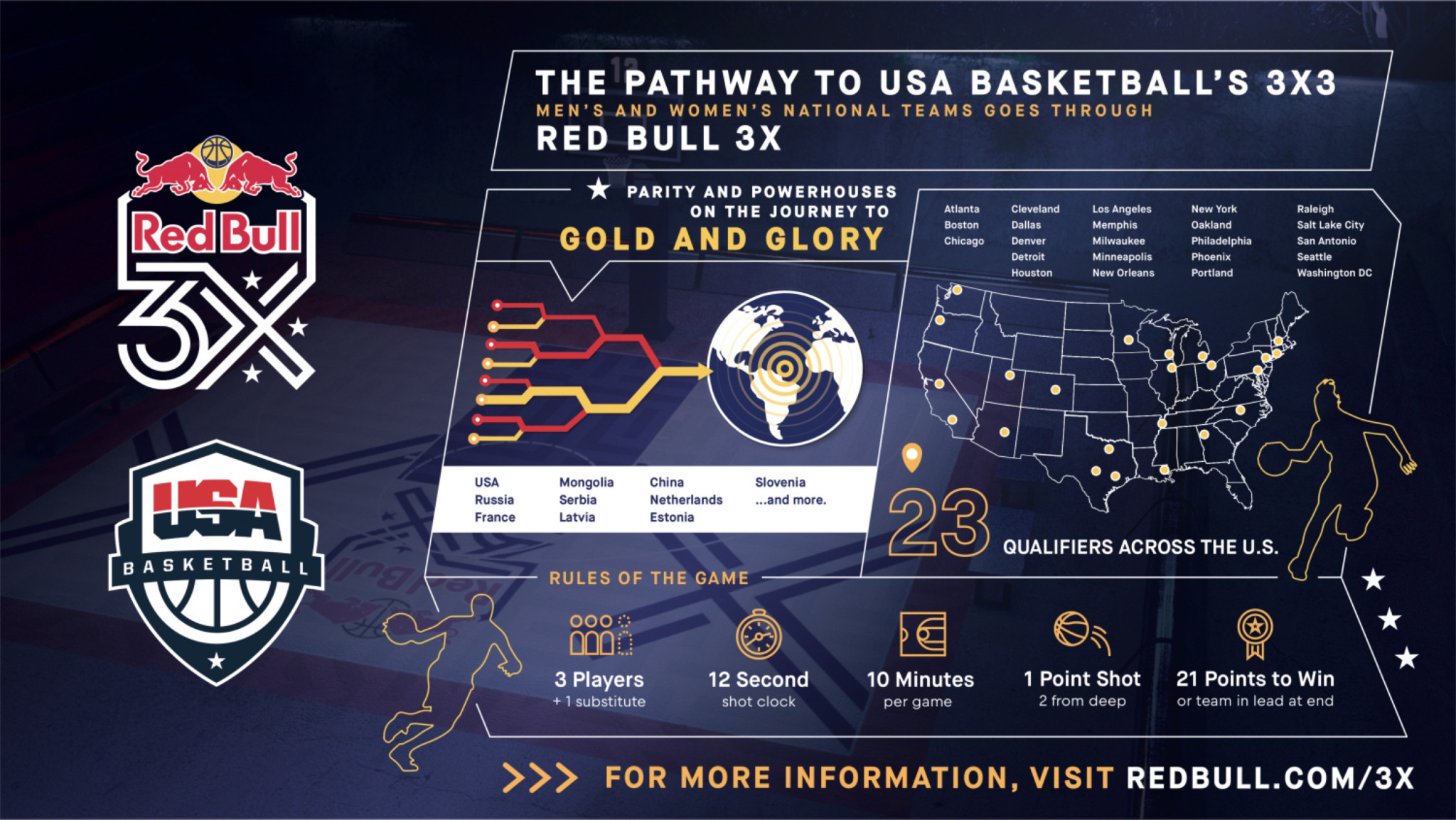 A series of qualifying events hosted by Red Bull will determine the four men and four women who represent the United States in the 3x3 basketball tournaments at next year's Olympic Games in Tokyo.

USA Basketball said each of the 20 competitions would offer qualification points for players hoping to be selected on the men's and women's team for the Games, should the United States qualify.

The system will be based on the amount of events players compete in and their success.

Detroit is set to host the first event on June 22, with the Red Bull 3X Series due to conclude in Seattle at a date to be confirmed.

Under International Basketball Federation (FIBA) rules, two of the four places on each side must be ranked in the top 10 and the others in the top 100.

It effectively rules out players from the National Basketball Association.

A selection committee will make the final decision on the composition of the teams should they secure an Olympic spot.

"Our priority is qualifying both our men’s and women’s teams for the Tokyo 2020 Olympics," USA Basketball chief executive Jim Tooley said, according to USA Today.

"We want to have a number of athletes start playing in a number of national and international events to earn points for our country as well as themselves and this partnership with Red Bull is going to be a big part of our qualification process."

Eight men's and eight women's teams are due to take part in the first Olympic 3x3 basketball tournaments.

The top three nations from the FIBA rankings will qualify automatically.

Four of the remaining spots will be allocated at a qualification event involving teams ranked number four to 24 in the world and a separate process will determine the final place at the Games.

3x3 basketball is due to make its debut on the Olympic programme at Tokyo 2020 having featured at every Summer Youth Olympic Games since it was launched at Singapore in 2010.