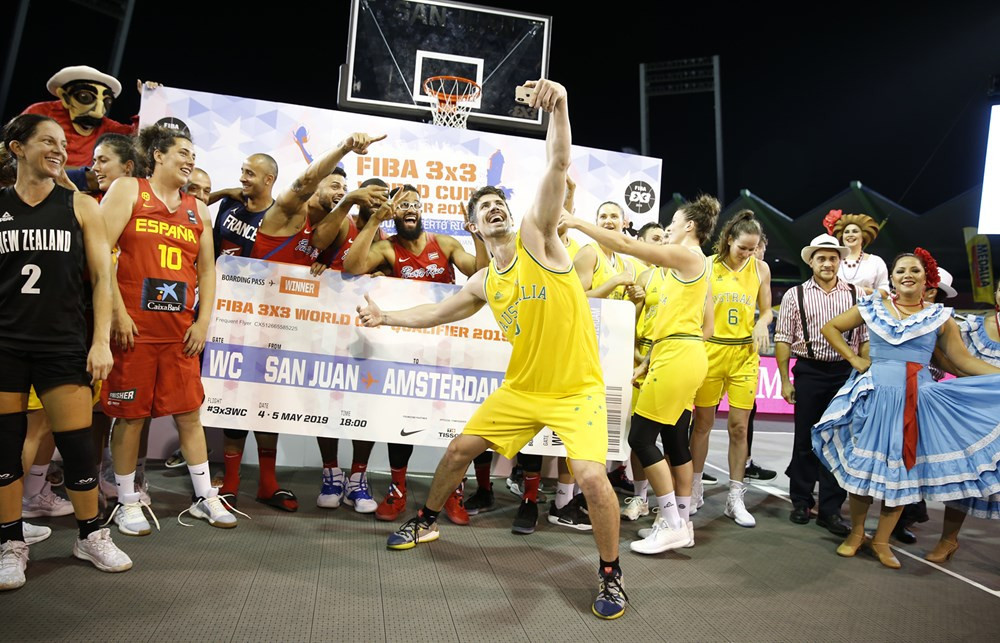 The three places for the women’s 3x3 World Cup were claimed by Australia, Spain and New Zealand.

With these last six qualified teams confirmed, the 40-team field is complete for the sixth edition of the FIBA 3x3 World Cup, which will take place in Amsterdam from June 18 to 23.

Puerto Rico’s teams benefitted from huge support at baseball's Hiram Bithorn Stadium and the home men won all four of their matches, finishing as the only unbeaten male side.

Australia and France profited from the two best individual scoring performances of the weekend.

Tim Coenraad scored 13 points for Australia in the last game of the tournament against Czech Republic.

France’s Rémi Dibo had scored 14 against the same opponents in the previous qualifying game.

Australia was the only country to have men's and women's teams progress.

Their women's side were unstoppable, winning all four games without conceding more than 10 points in any match.

Rebecca Cole and Alice Kunek were joint-top scorers for Australia.

Spain’s women earned their ticket to Amsterdam under the leadership of Paula Palomares.

New Zealand were the final women’s team to progress after they beat Brazil in the last qualifying game.