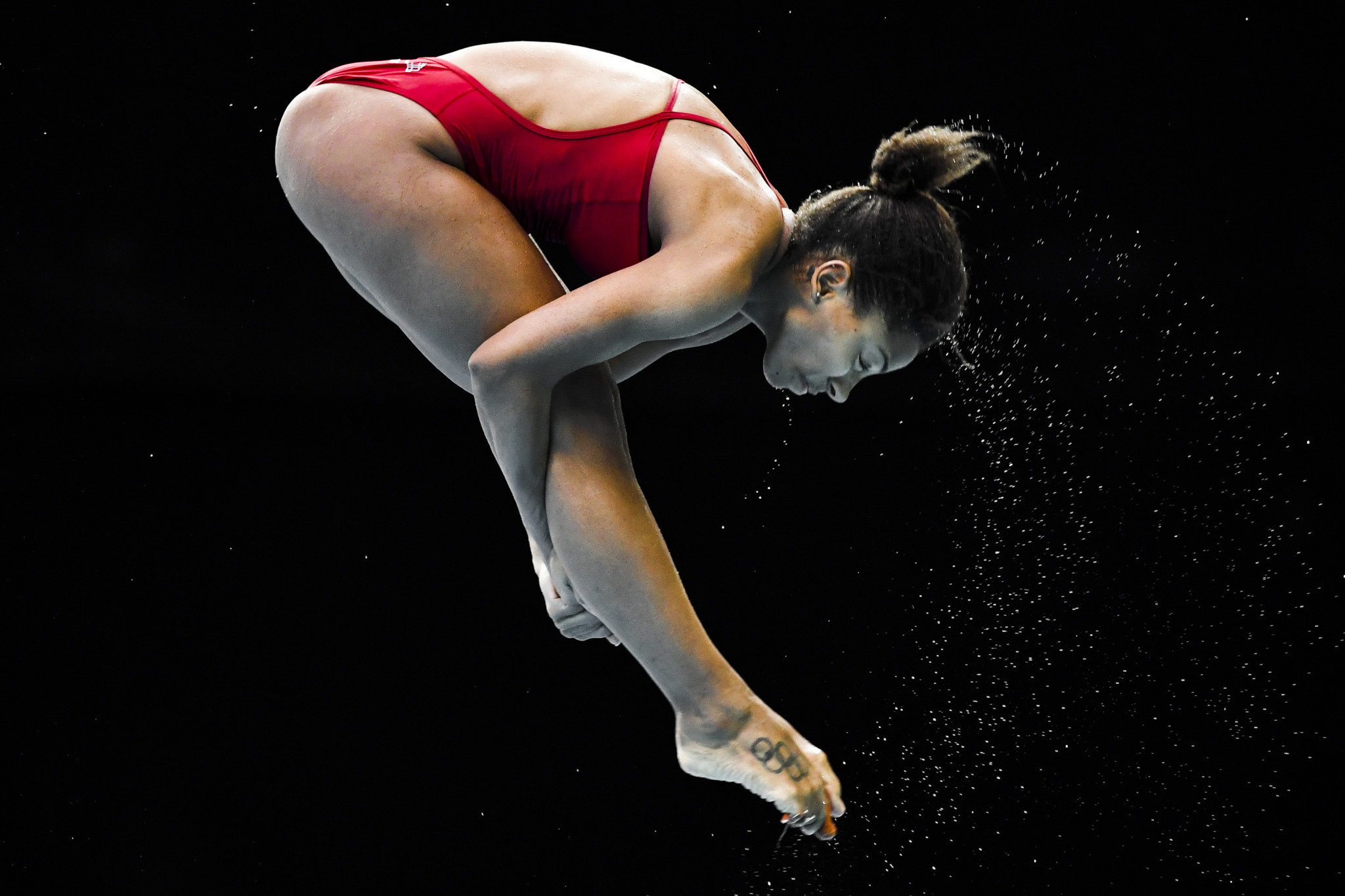 Abel scored 323.10 across five dives in her semi-final at the Repsol Sport Centre.

Mexico’s Melany Hernández finished in second place on 270.55, while Emma Ivory-Ganja of the United States clinched the third spot in the final on 270.05.

The second semi-final saw Australia’s Esther Qin qualify in first position with a tally of 298.75 points.

Canada’s Pamela Ware and China’s Ma Tong claimed the remaining places in the final after they ended on 293.25 and 269.50 points respectively.

There had been a worrying moment when Singapore’s diver Ashlee Tan was taken away on a stretcher after hitting her shoulder on the springboard during competition.

According to CBC, Tan returned to watch competition later in the day.

Britain’s Kyle Kothari topped the standings in the first men’s 10m platform semi-final as he achieved a score of 408.90 from the six rounds.

Canada’s Vincent Riendeau followed on 393.50, with Britain’s Matthew Dixon rounding off the top three on 386.85.

The highest score came in the second semi-final as China’s Huang Bowen was rewarded with 490.95 points from the judges.

The preliminary round and semi-finals of the men's 3m and women's 10m will take place on Friday (April 5).

Divers will travel to Mission Viejo in California from April 11 to 14, before competing in Madrid, Bolzano in Italy and the Egyptian capital Cairo.